Indiana ended up with a program record 16 All-Big Ten performers in 2020 after three members of the IU special teams rounded out the league’s honorees on Thursday.

Kicker Charles Campbell was named second team All-Big Ten by both the coaches and the media.

Below are all of the league’s specialists who received conference honors.

Further below you can read more about the season compiled by Campbell, Whitehead, and Taylor from IU’s release. 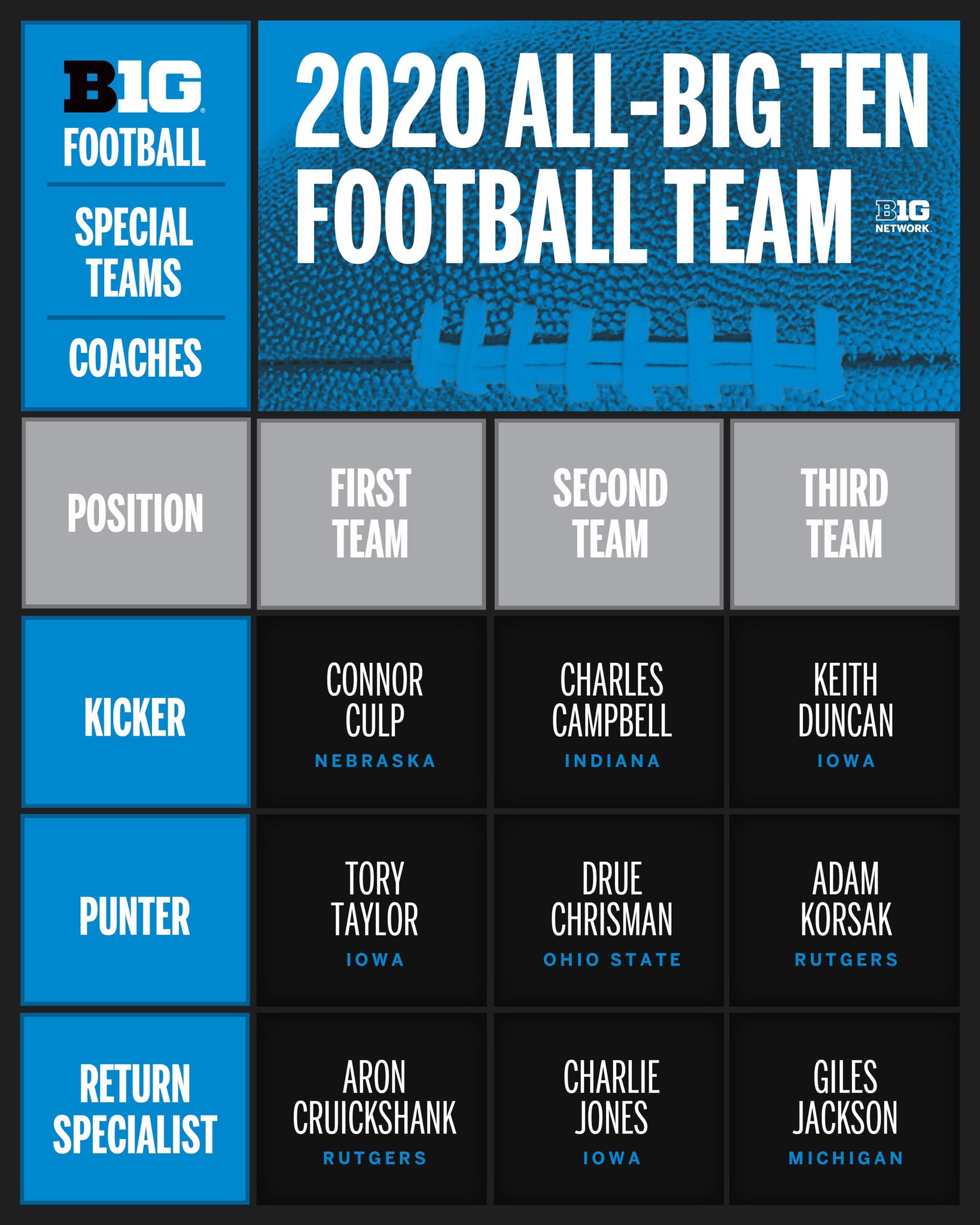 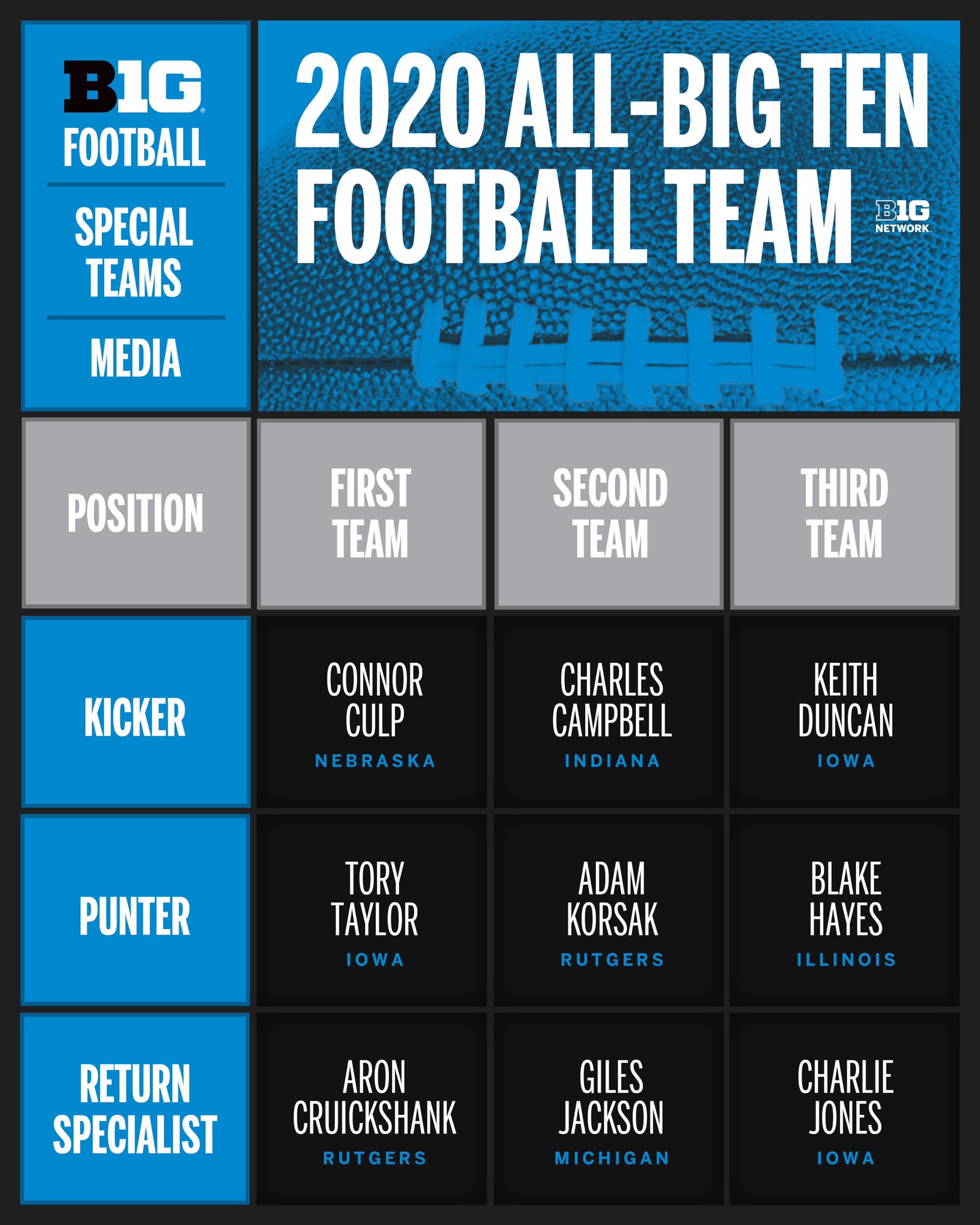 Coupled with the seven defensive and six offensive all-conference honorees, the Hoosiers set a new program record with 16 All-B1G selections.

Campbell continues IU’s run of all-league kickers as Logan Justus claimed second-team accolades in 2018 and 2019, Griffin Oakes earned Bakken-Andersen Kicker of the Year and first-team honors in 2015 and 2017, and Mitch Ewald collected second-team laurels in 2013.

One of 10 semifinalists for the Ray Guy Award, Whitehead was named honorable mention for the third time in his career. The graduate student out of Melbourne, Australia, is averaging 42.4 yards on 36 punts with a long of 55, six 50-yarders and nine inside the 20. Opponents have only returned two punts for 14 yards.

In the win at No. 16 Wisconsin, Whitehead landed four of his five punts inside the 20, including at the 1- and 8-yard lines, with a long of 51 en route to his first career Big Ten Special Teams Player of the Week honor.

Taylor ranks third in the league with a 9.1 average on eight punt returns with a long of 21.

The junior cornerback out of Ben Davis High School in Indianapolis also owns 25 tackles, 21 solo, four for loss, one sack, one interception, five pass breakups (2nd on the team, T-6th in the Big Ten), one forced fumble and one quarterback hurry in seven games (3 starts).