IU basketball forward Trayce Jackson-Davis is one of five to earn the prestigious honor of being named a Blue Ribbon preseason All-American.

The Greenwood, Ind. product is the first Hoosier to earn the distinction since Thomas Bryant prior to the 2016-17 season.

“Trayce has the opportunity to build quite a legacy for himself and our program,” said IU Coach Mike Woodson in a release. “He’s worked extremely hard this summer and we are counting on him to be a leader by example who sets the tone for everyone else on our team.”

After choosing to forego the 2022 NBA Draft, Jackson-Davis has a chance to put his name at the top of multiple statistical categories during his senior season at IU.

He was named a third-team All-American as a sophomore, has earned All-District honors each of the last two seasons, and has been a third-team, first-team and second-team All-Big ten choice in his first three campaigns with the Hoosiers.  Jackson-Davis will be the third leading returning scorer in college basketball next season, behind Antoine Davis from Detroit and Max Abmas from Oral Roberts.

“I’m honored to receive this recognition and am excited about the possibilities that are in front of us,” said Jackson-Davis. “My teammates and I are looking forward to building off the momentum of the end of last season.”

Jackson-Davis anchored a Hoosier defense that was ranked as the most efficient in the league by KenPom (24th in the nation) and held opponents to a league-low 39.6% shooting from the floor.

Jackson-Davis has recorded 32 double-doubles and two 30-point/10-rebound performances in his career, and he set the Simon Skjodt Assembly Hall single-game scoring record with 43 points against Marshall in November.

During the 2022 Big Ten Men’s Basketball Tournament, he averaged 25.3 points and 8.3 rebounds per contest on 34-of-51 shooting (66.7 percent) from the floor. Jackson-Davis broke five program records during the tournament run, including: single game points (31), single game made field goals (15), total points (76), total made shots (34) and total rebounds (25). He was named All-Tournament for his efforts.

Jackson-Davis and Bacot are good friends and will go head-to-head in November when Indiana faces North Carolina as part of the Big Ten / ACC Challenge. 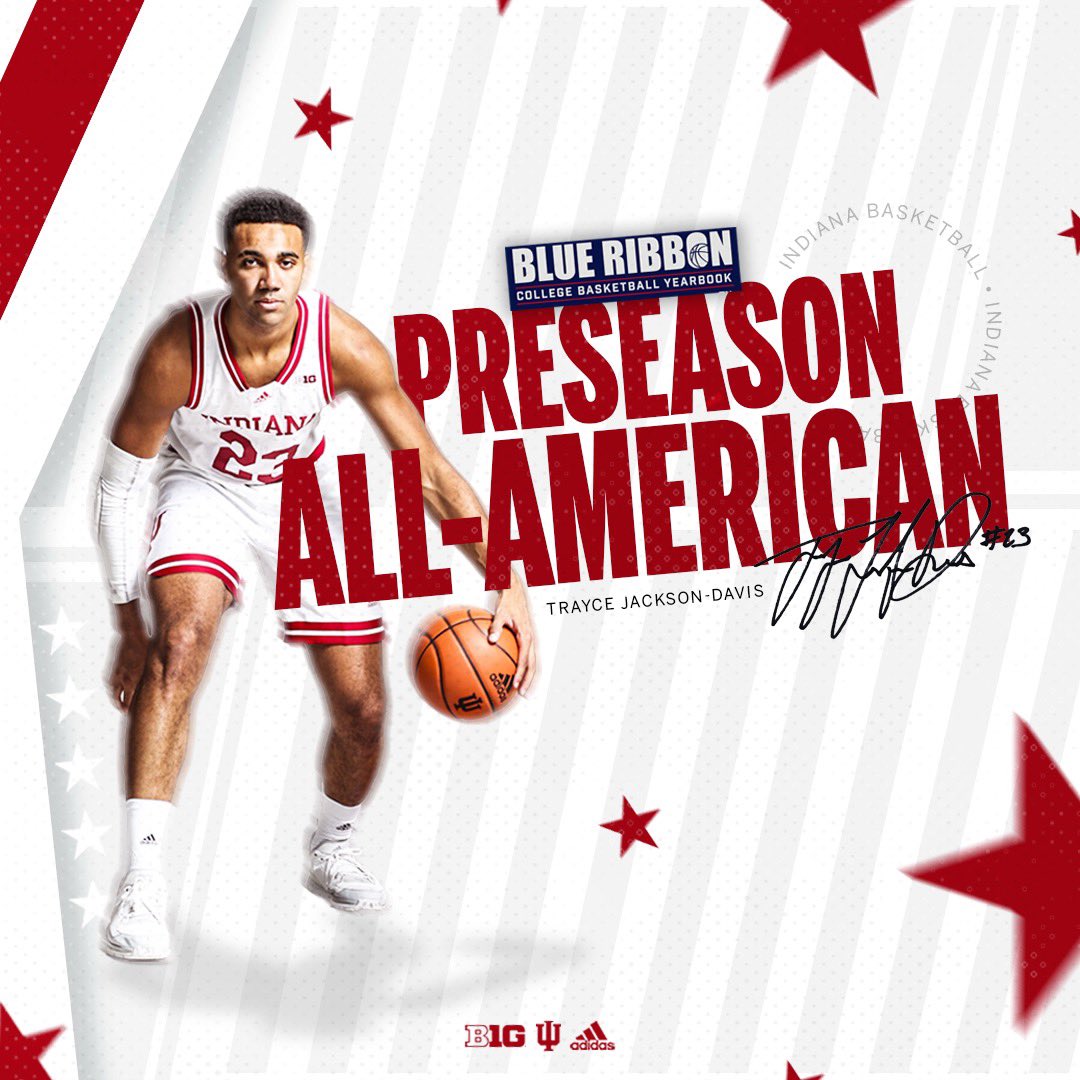