After falling to 0-6 against Purdue, Archie Miller said “we will have to take this one and eat it” on Thursday night.

Purdue Athletics just added a second helping of humble pie with a graphic produced by its basketball program.

The Boilermaker basketball Twitter account took a picture of Simon Skjodt Assembly Hall and placed the Purdue logo on both the center of the basketball court and on the scoreboard that hangs above the floor.

In the graphic, Purdue highlighted their current five-game winning streak over Indiana in Bloomington, noting that IU’s home court “feels like home.” 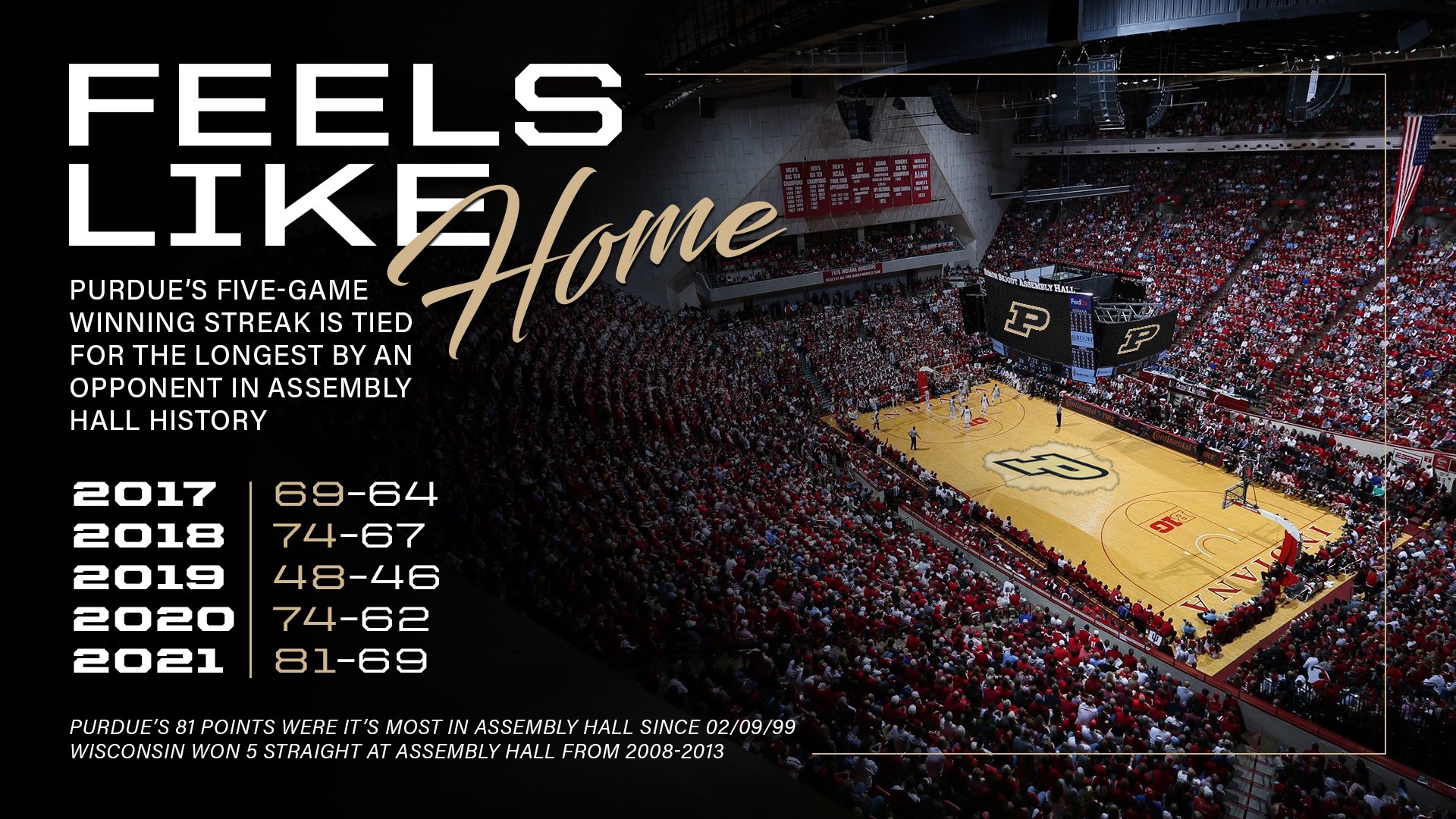 While not the kind of move generally expected from a college athletics department, Purdue has earned the right to gloat.

The Boilermakers have now won eight in a row against IU overall — their longest winning streak in the series since 1932.  Purdue has also claimed 11 of the last 12 meetings with IU going back to Tom Crean’s tenure as head coach.

“It gets kind of old, we wanted to beat a team, change the culture about it,” Indiana sophomore Armaan Franklin said of the losing streak to Purdue.  His friend and teammate said something similar about changing the culture prior to the game.

Acts of disrespect towards an opponent’s home field, court or fans have been met with anger and consequences in the past.

Terrell Owens once celebrated on the Dallas Cowboys star, but was tackled by a Cowboys’ player the second time he tried to do it.  Randy Moss once fake mooned the Green Bay Packers crowd and was fined.  More recently Steelers’ wideout JuJu Smith-Schuster drew the ire of opponents when he recorded TikTok dance videos on their midfield logos.

The IU homecourt has brought out some questionable acts from opponents recently.  Both Maryland’s Jalen Smith and Wisconsin’s Nate Reuvers taunted the crowd after wins in the building in 2020.

Now Purdue has gone with a more high-tech form of trolling the fans.

Although they have shown little ability to compete in this series of late, Indiana has a chance to respond.

The Hoosiers travel to Purdue for the second half of the annual home-and-home series on March 6.