Indiana fans will get to see Parker Stewart in the cream and crimson after all.

The graduate transfer Stewart announced on his Twitter page he is staying with the IU basketball program.  He put his name in the transfer portal soon after Indiana fired former head coach Archie Miller.

“IU gave me a home when I needed it the most after the passing of my father, and I look forward to staying an putting on the jersey at this prestigious university.” Stewart wrote in his post.

Stewart transferred to Indiana from Tennessee Martin in December.  His father, the former head coach at his former school, passed away in November.  Stewart is close with assistant coach Kenya Hunter, who was retained by Indiana and will be on new head coach Mike Woodson’s staff.

The 6-foot-5 Stewart joined the Indiana program in January, but because of protocols for his intake into the program — some involving COVID-19 — his integration on to the roster was a slow process. 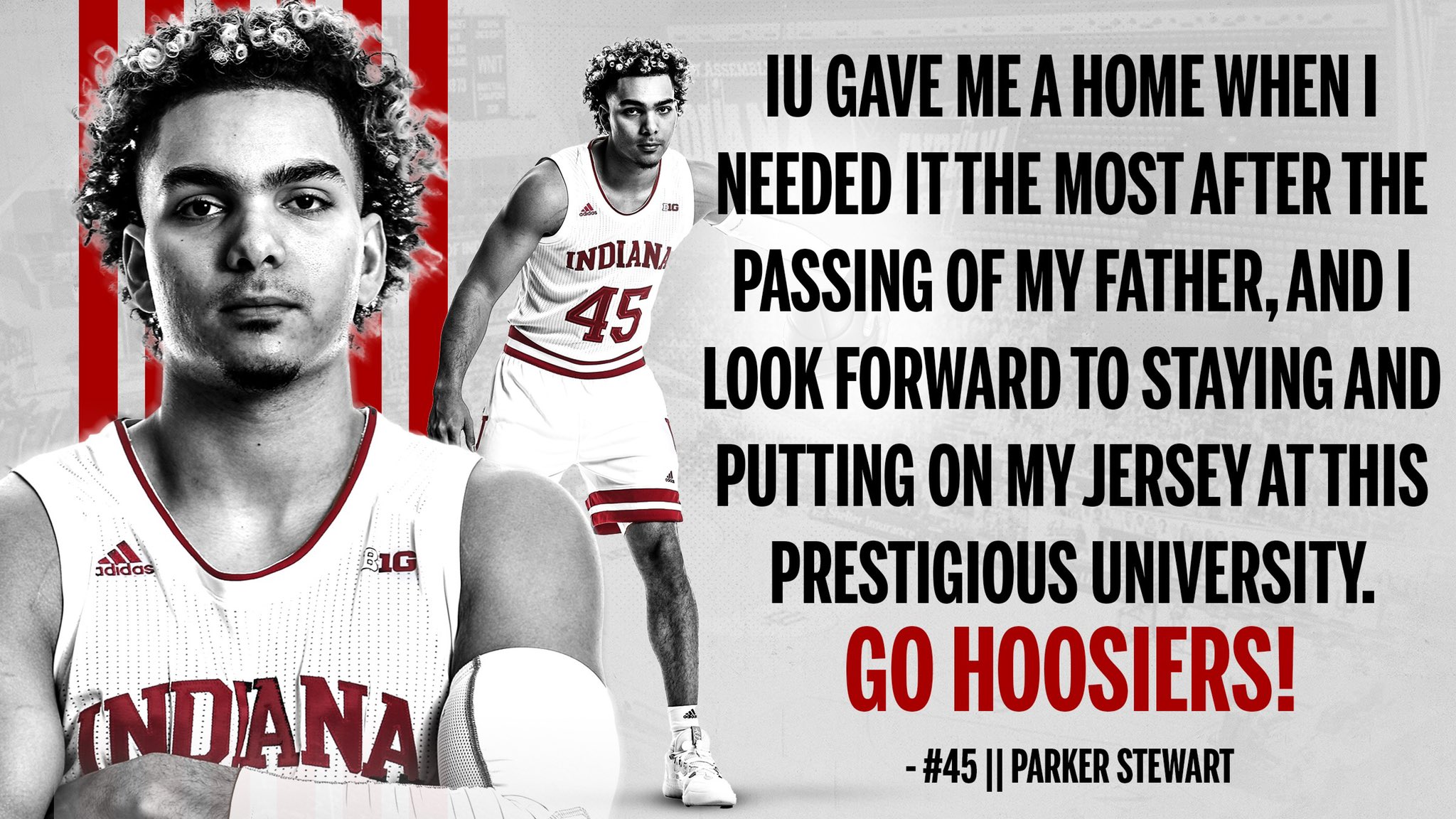