The No. 15/16 ranked IU women’s basketball program announced the details of its 2020-21 non-conference schedule on Friday afternoon.

Thus far the Hoosiers have just four games on their non-conference slate, with the possibility of a late addition.

IU will open the season with a Wednesday before Thanksgiving 1:30 p.m. ET matinee against Eastern Kentucky in Bloomington.

The non-conference schedule features a Dec. 6 matchup with Kentucky in Lexington.  That game will air on national television.

Fans will not be allowed to attend the games in Bloomington. 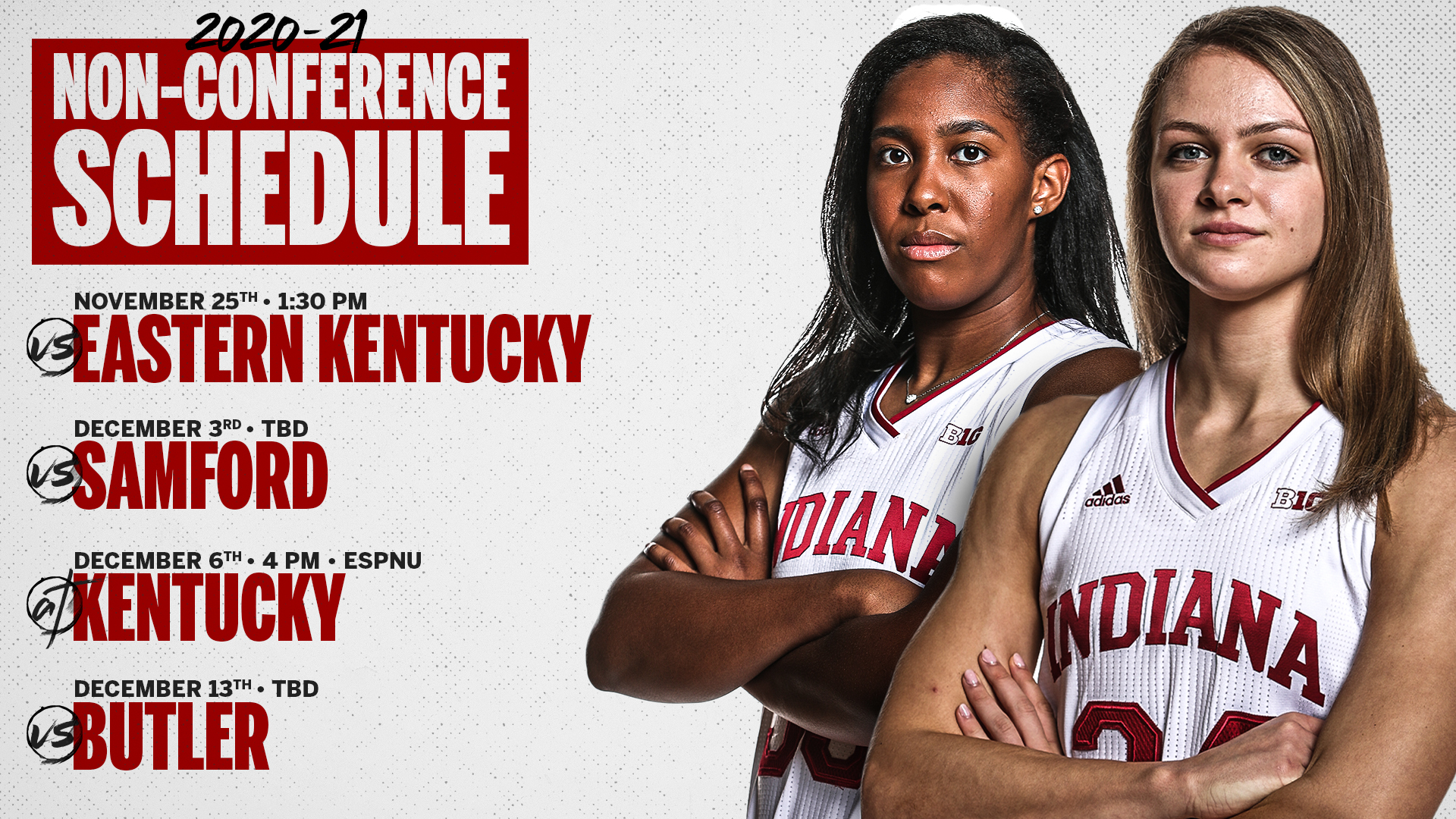 Here is the full release from IU Athletics including the complete non-conference schedule.

BLOOMINGTON, Ind. –  Indiana Women’s Basketball has announced its dates for the 2020-21 non-conference season.

The Hoosiers will open the season on Wednesday, November 25 against Eastern Kentucky at Simon Skjodt Assembly Hall. Tip will be at 1:30 p.m. ET. It’s one of three home non-conference games of the season that also includes a matchup with Samford (Dec. 3) and Butler (Dec. 13). The non-conference portion is highlighted by a potential Top 25 matchup with Kentucky on December 6 in Lexington, Ky. The game will air live on ESPNU at 4 p.m. ET.

IU does have the flexibility in its non-conference schedule to allow for one additional contest this season.

Consistent with IU Athletics’ ongoing efforts to protect the health and safety of students, coaches, staff, spectators and the local community, all men’s and women’s basketball games scheduled at Simon Skjodt Assembly Hall – will be played without fans indefinitely. IU Athletics’ decision is in response to the ongoing COVID-19 pandemic and is consistent with what has transpired on all Big Ten campuses during the 2020 football season.

IU Athletics will continue to work with local and state health officials, the Big Ten, and campus leadership to determine if and when fans will be permitted to attend men’s and women’s basketball games at Simon Skjodt Assembly Hall during the 2020-21 season.

While IU fans won’t be in the stands to start the season for the men’s or women’s games, fans will have the opportunity to have their presence felt at both. IU Athletics is offering the chance to purchase a fan cutout for the upcoming men’s and women’s basketball seasons, with packages starting as low as $25. Premium packages include the option to have your cutout returned to you at season’s end signed by either Men’s Coach Archie Miller or Women’s Coach Teri Moren. Fans will have the ability to choose their cutout location in Simon Skjodt Assembly Hall, and the cutout will be utilized for both the IU men’s and women’s basketball games.  VISIT HERE for more information.