Although we are just six months removed from IU’s run to the national championship match, it is time once again for the NCAA men’s soccer tournament.  The NCAA announced its 48-team field for the 2021 NCAA Men’s Soccer Championship on Monday during its selection show, with Indiana men’s soccer earning a national seed.

The No. 15 overall seed, Indiana receives a first round bye and will host the winner of Louisville and Bowling Green Sunday (Nov. 21) in the second round of action. Kickoff time is to be determined.

Indiana is the only program to earn a national seed in each of the last eight seasons. IU’s 2021 tournament berth marks its NCAA-record 35th consecutive appearance and 46th overall in program history.

Since the NCAA began its current seeding format in 2003, the Hoosiers have earned a top-16 seed in 17 of the 19 tournaments. IU has appeared in 20 College Cups, which leads all Division I teams, and won its eighth national title in 2012.

Indiana enters the NCAA Tournament with a 14-5-1 record. The Hoosiers finished No. 3 in the Big Ten with a 5-3-0 record and as the runners-up in the conference tournament. Late in the season, IU shut out seven straight opponents, the second-longest single-season streak in program history. Altogether, the Hoosiers have recorded 12 clean sheets.

The regular season was punctuated by a laundry list of awards. Eight IU student-athletes earned a league-best-tying 10 Big Ten postseason awards. Junior Roman Celentano became the first-ever two-time Big Ten Goalkeeper of the Year, earning the title in back-to-back seasons. His defensive mate redshirt junior Daniel Munie was named the Big Ten Defensive Player of the Year, the fourth Hoosier to receive the honor in the last five seasons.

The tournament will conclude with the NCAA College Cup in Cary, North Carolina, December 10-12, with the semifinal and championship rounds.

Indiana finished as the national runner-up in 2020.  The season and tournament were held in the spring due to the pandemic.

The bracket is below.  You can find always find a link to an updated version on our men’s soccer drop-down menu. 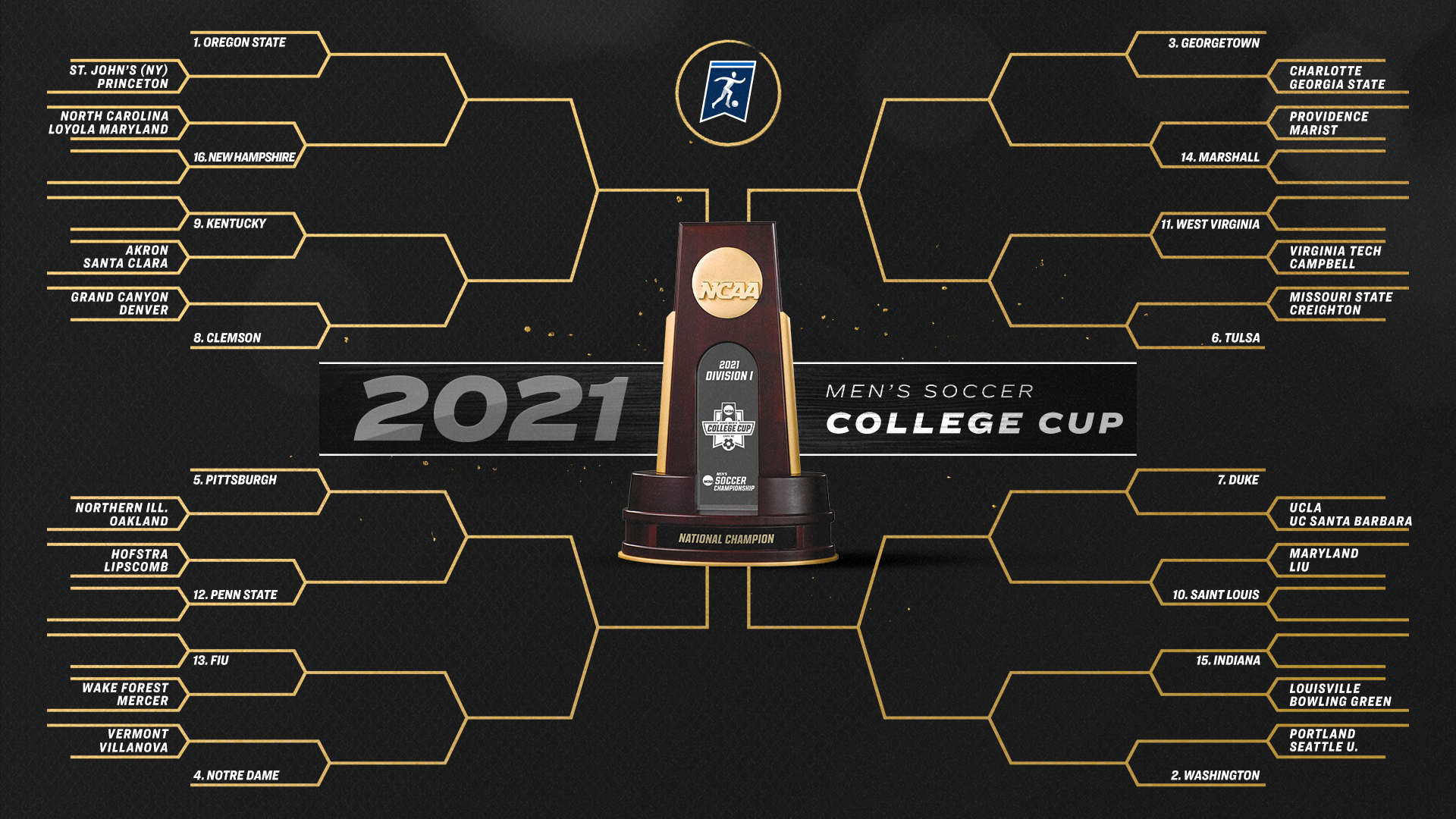