Indiana head coach Tom Allen has been named the Big Ten Conference’s football Coach of the Year.  Allen earned the honor from both the league’s coaches and the media.

In his fourth season in Bloomington, Allen led the Hoosiers to heights not seen in more than 50 years, including a top-ten national ranking and a 6-1 record with wins over Penn State, Michigan, Michigan State, and Wisconsin.

Allen is the first IU head coach to earn the honor since Bill Mallory won it in both 1986 and 1987.

“It means a lot,” Allen said in an interview on BTN with Dave Revsine after the announcement.  “It’s a tremendous honor.  I feel so blessed.  It’s just a tribute to our entire staff.  We’ve got an amazing group of men here, just bought in just like the players have, and they believed in what we’re building and the way we are going to build it.  Just a testament to everything we are doing here at Indiana.”

Allen was asked who was the first person he thought of upon learning of the news.

“My dad,” Allen said.  “He was my high school coach.  I saw the impact that he made in this profession, and he’s my hero.  The LEO concept wasn’t a phrase he used, but it is how he lived his life and how he coached and he was a mentor to so many young men through all these years.  So that’s exactly who I thought of.” 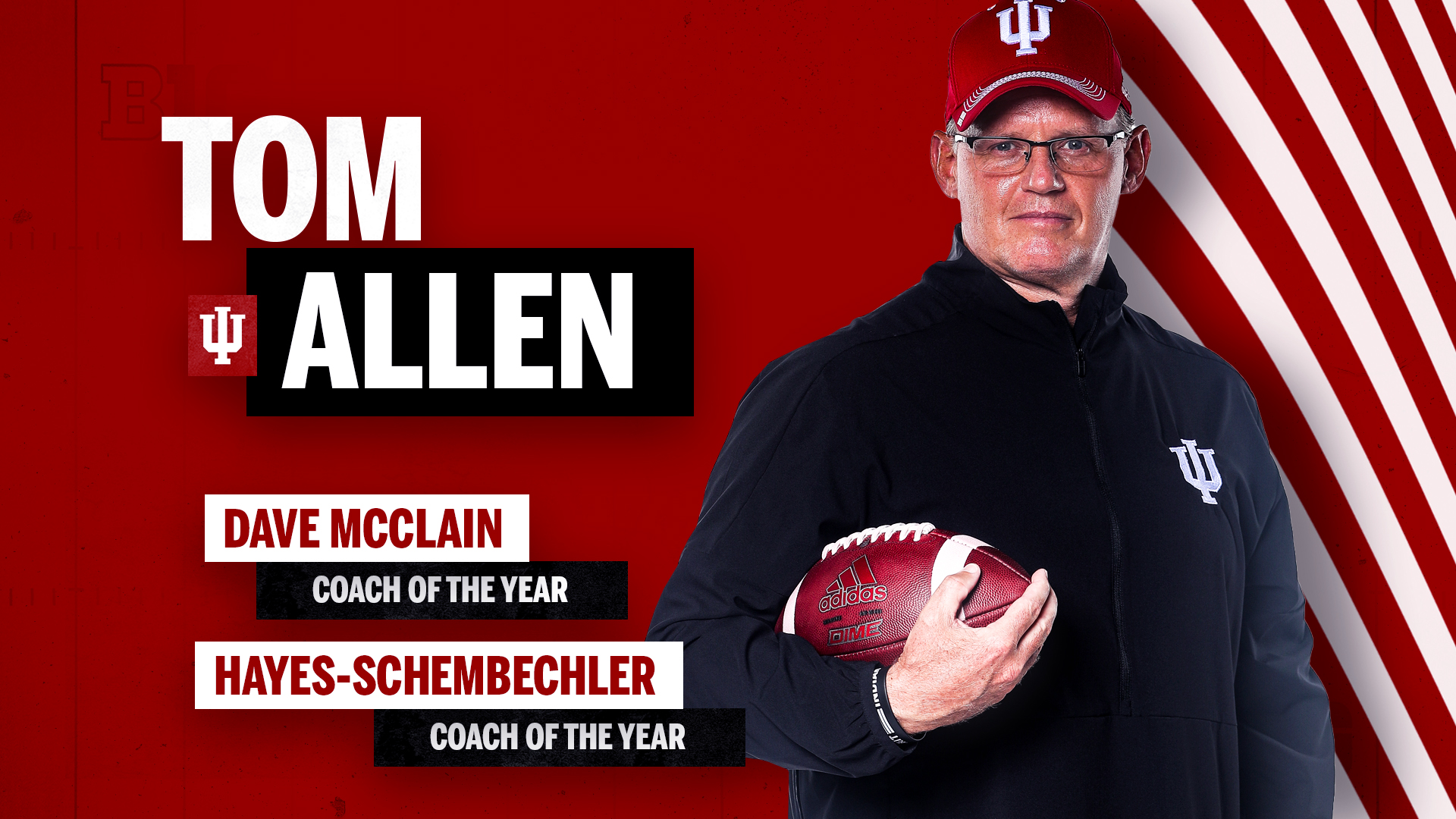 Here are some of Indiana’s more notable accomplishments in 2020:

• IU is ranked for the eighth-consecutive week, its longest streak since 1945 (9), coming in at No. 7 in the Associated Press Top 25 and at No. 7 in the Amway Coaches Poll presented by USA Today Sports.

• IU entered the CFP rankings for the first time in program history on Nov. 24, and currently sits at No. 12.

• The Hoosiers are one of three teams in the country (Alabama, North Carolina) with three Top-25 victories.

• IU is 14-6 overall and 11-5 in league play since the beginning of the 2019 campaign. Its 14 victories share third and its 11 Big Ten wins rank third among all B1G teams during that span.

• The Hoosiers matched a school record with five-straight league victories (1967) before losing at No. 3 Ohio State and have won 11 of their last 14, their most successful stretch in conference games in program history.

• Indiana defeated Michigan State, 24-0, to reclaim the Old Brass Spittoon for the first time since 2016 and earn its first win in East Lansing since 2001.