The Daily Hoosier is live at Memorial Stadium in Bloomington for Indiana (3-2) vs. No. 4 Michigan (5-0)

The game will be televised on FOX and kicks off at around Noon Eastern. 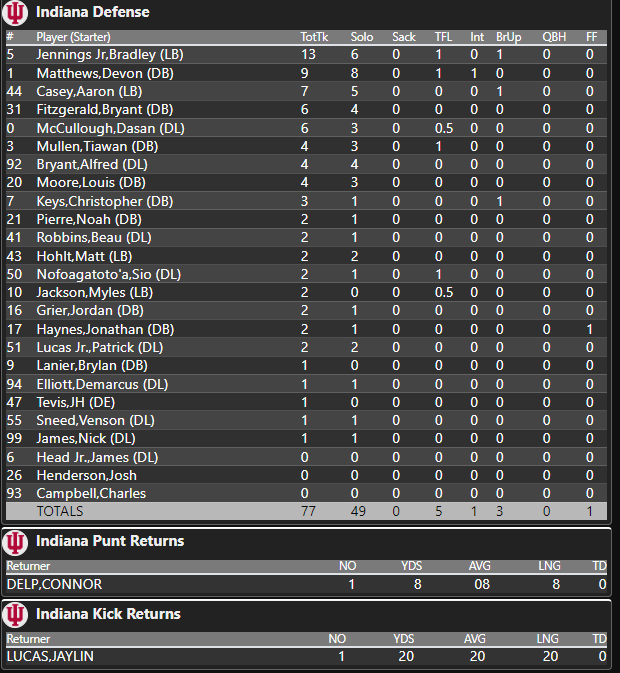 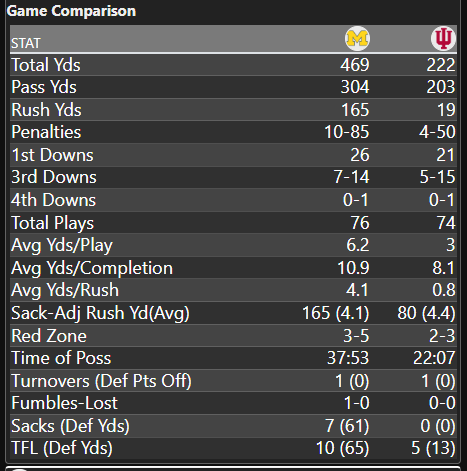 INTERCEPTION INDIANA:  Devon Matthews with the INT in the end zone to end Michigan’s drive.  Bradley Jennings in coverage had the tip.  Still 17-10, 3:35 left. 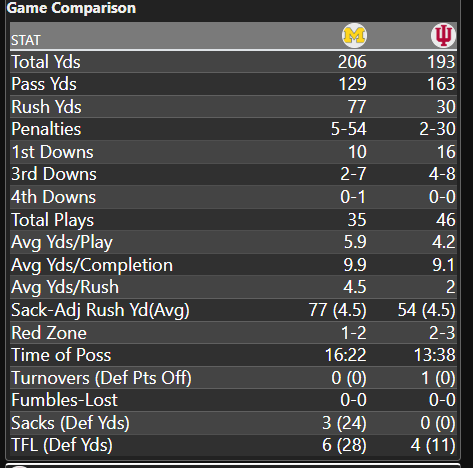 Indiana stops Michigan on a fourth down try at the IU 39.  First down Hoosiers with less than a minute to go.  10-10.

INTERCEPTION:  Connor Bazelak picked by Michigan.  Wolverines take over at the IU 42.

FIELD GOAL INDIANA:  Hoosiers go 12 plays and 52 yards, settle for a 41-yard Charles Campbell field goal.  10-10, 12:08 left.  Two big calls by the officials on the drive.  A Michigan sack was negated by an unsportsmanlike conduct flag on the Wolverines, and an IU touchdown was called back for offensive pass interference (a pick play).

Michigan RB coach Mike Hart, who coached that same position at IU for a long time, was carted off the field with an injury.

"Coach Mike Hart has left Memorial Stadium in an ambulance for further evaluation with his wife by his side and he was alert on the stretcher, giving the thumbs up."@JennyTaft gives the latest update on the @UMichFootball RB Coach pic.twitter.com/w7tubrSOnb

IU won the toss and will defer.

The Daily Hoosier’s Seth Tow and Patrick Felts are down on the field for pre-game.

On the Michigan side, reports indicate WR Roman Wilson is out today.