Tom Allen said earlier this week that he will spend much of the offseason reconsidering Indiana’s running game after the Hoosiers finished 12th in the Big Ten in rushing yards per game. However, that project will happen without Indiana’s running backs coach and its starting running back for the last three seasons.

Days after Michigan announced that Indiana running backs coach Mike Hart was returning to his alma mater to coach on Jim Harbaugh’s staff, junior Stevie Scott announced on his Twitter account on Friday that he will not return to IU for the 2021 season and instead enter the NFL Draft. Hart recruited and mentored Scott, who rushed for 10 touchdowns in each of his three seasons at Indiana and finished with 2,543 rushing yards in his career.

“Changing the culture of Indiana football was a big goal of mine and we did that,” Scott said in a graphic posted on the account. “I want to thank Coach Allen and Coach Hart for both believing in me and helping me to prepare for the next chapter.”

Scott rushed for 1,137 yards and 10 touchdowns in 2018 to set true freshman records at Indiana in both categories. He was held under 1,000 yards as a sophomore and junior but was still named second-team All-Big Ten in each of those seasons.

Scott was the only Indiana running back with more than 35 carries this season, but the Hoosiers will return a pair of talented running backs in sophomore Sampson James, who rushed for 96 yards on 32 carries, and freshman Tim Baldwin Jr., who rushed for 141 yards on 22 carries.

James is the second Indiana junior to declare for the draft, the other being defensive back Jamar Johnson. 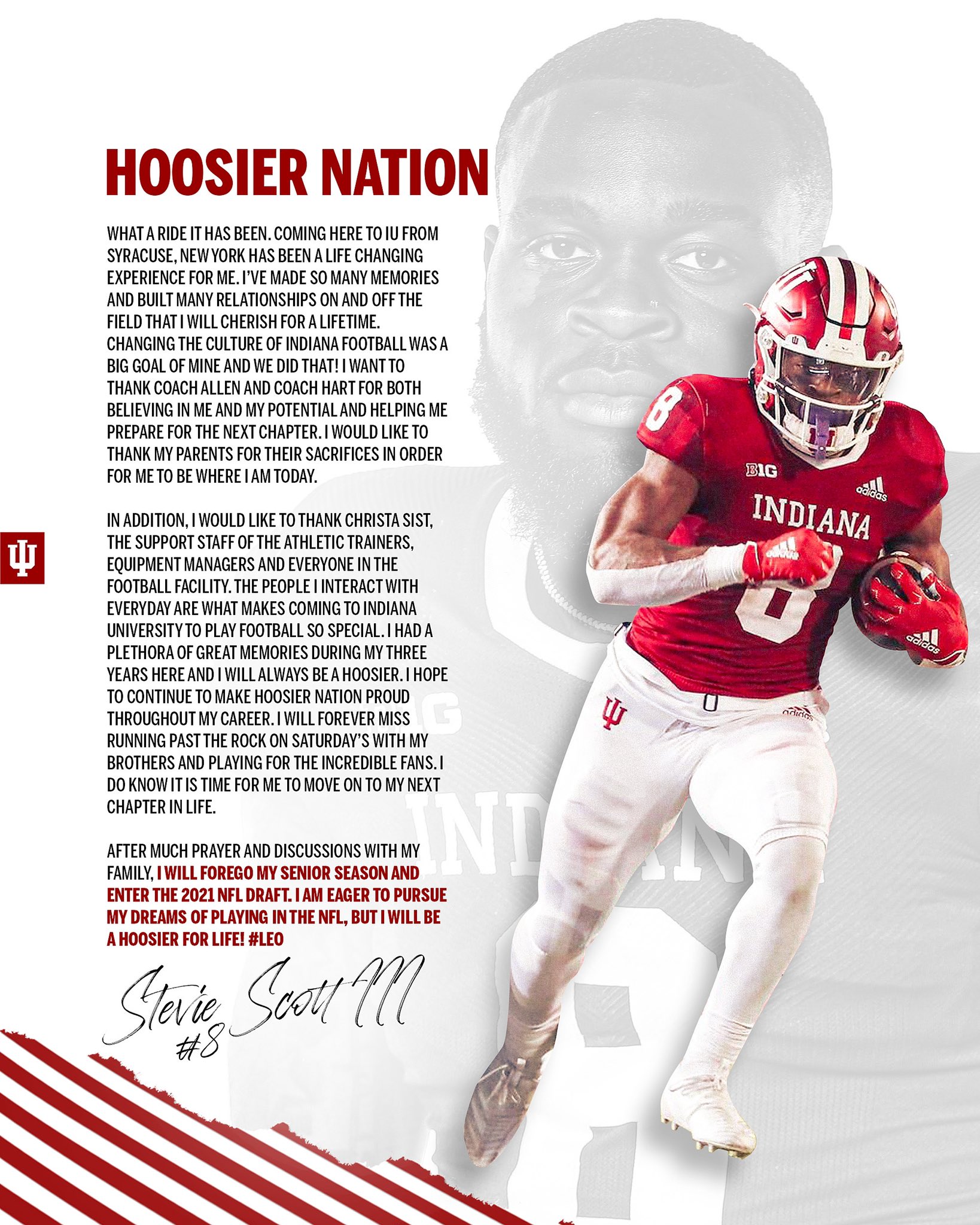