The Sarasota, Fla. product announced his plans in a post on his Twitter page on Monday afternoon.

In a graphic attached his post, Johnson thanked God, his family and the IU football program.

“I would also like to thank Coach Allen, and all of my coaches for believing in me and providing me with an opportunity to further my education and career at Indiana University,” Johnson wrote.  “It has most definitely been an amazing journey over these past three years at IU.” 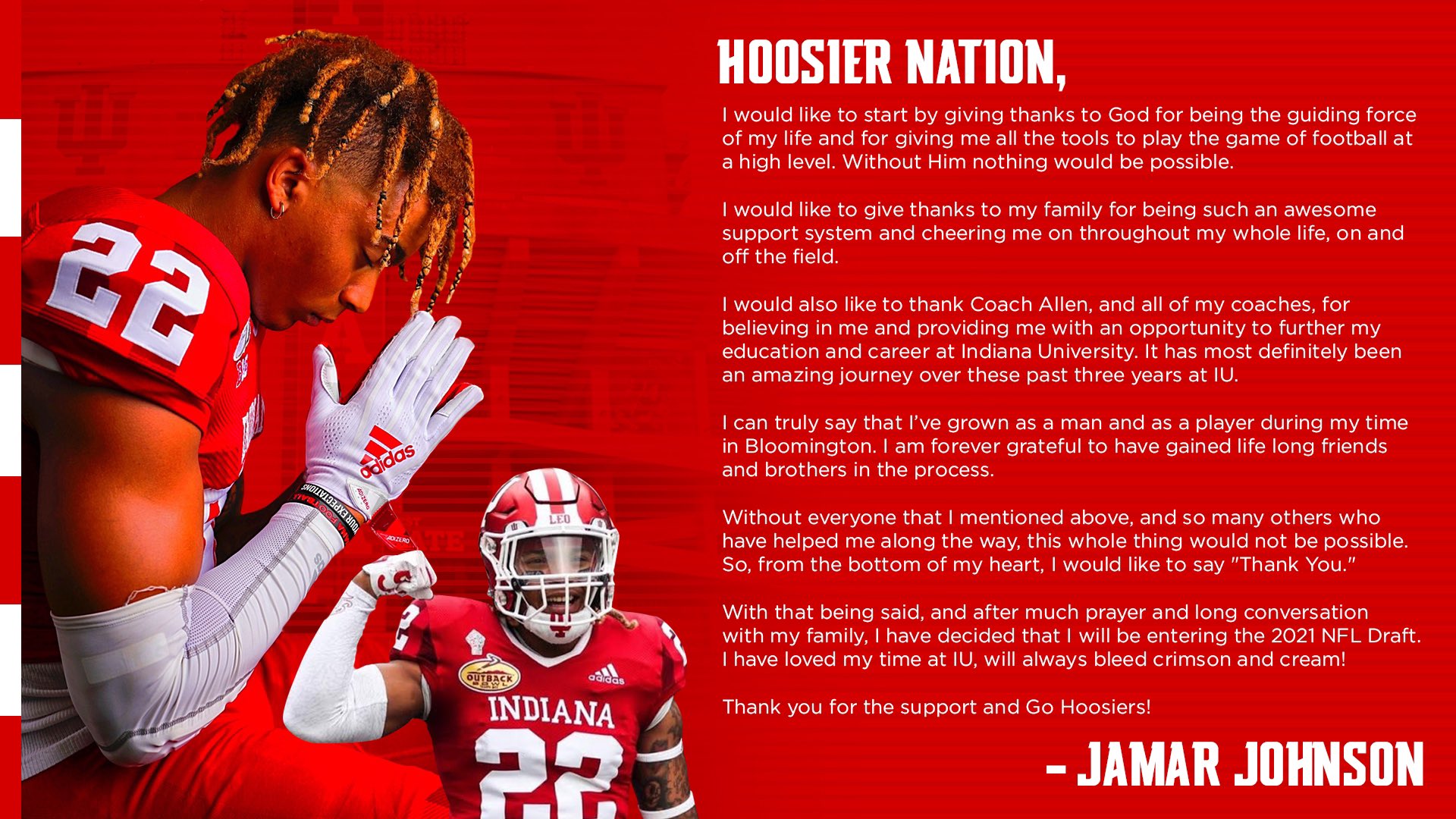 “With that being said, and after much prayer and long conversation with my family, I have decided that I will be entering the 2021 NFL Draft,” Johnson added.  “I have loved my time at IU, will always bleed crimson and cream!”

Johnson finished tied with Jaylin Williams atop the team with four interceptions.  Johnson, who returned those picks 94 yards, was the active IU leader with nine career takeaways and seven career interceptions.

He finished the eight-game 2020 season with 43 tackles including 33 solo, 3.5 tackles for loss and four pass breakups to go along with a sack and a forced fumble.

The 6-foot-1 and 197 pound Johnson picked off his first pass in 2018 at Rutgers.  He delivered a memorable 63-yard pick-six in the Gator Bowl loss to Tennessee.

Johnson was the Big Ten’s co-defensive player of the week after IU’s stunning come-from-behind week one win over Penn State.