With the BTN Tailgate on campus, Indiana will host Western Kentucky in a non-conference tilt on Saturday.

The Hoosiers will look to eclipse their 2021 season win total just three weeks into the 2022 campaign.

But to do that, they’ll need to knock off an upstart bunch from Bowling Green, Ky. that presents major challenges on both sides of the football.

Here’s everything you need to know about IU’s third game of the season.

Tyson Helton was named Western Kentucky University’s 21st head football coach on November 27, 2018. The 2022 campaign is his fourth season at the helm of the Hilltopper program after producing a 23-16 mark and reaching three bowl games in his first three years. 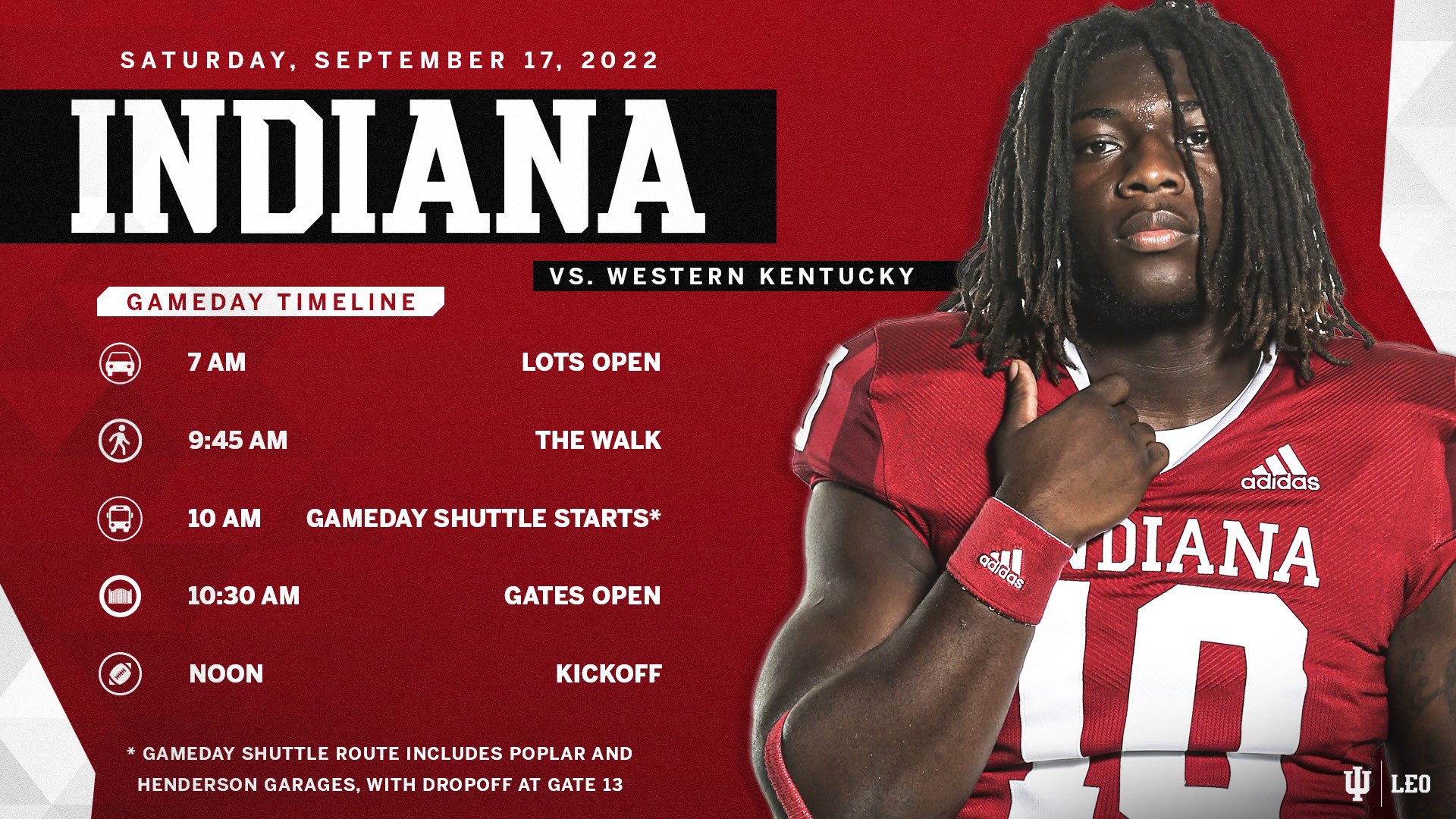 Indiana is reasonably healthy going into week three beyond the loss of right tackle Matthew Bedford for the season with a torn ACL.

In its first ever visit to Hawaii, WKU came out on top in dominant fashion by a score of 49-17. The defense forced six turnovers on the night, including two interceptions by Kaleb Oliver and pick six courtesy of Juwuan Jones. Offensively, quarterback Austin Reed led the way for the Tops by throwing for 271 yards and three touchdowns while rushing for 43 yards and an additional score.

In the very first college football game of 2022, WKU defeated Austin Peay by a score of 38-27. Malachi Corley caught three touchdowns from quarterback Austin Reed while Daewood Davis caught the other. The Hilltopper defense recorded four takeaways for the game, including a pick six by defensive back Upton Stout.

Indiana’s inconsistent play to open the 2022 season has them out of favor with the computer models.  But in an unusual divergence, oddsmakers like the Hoosiers by a healthy margin.  What to do, what to do?

With good weather and matchups they can exploit, Indiana’s offense finally comes alive early and often, and does just enough to hold off the feisty Hilltoppers and their potent attack.