The NBA announced on Tuesday the 76 draft prospects who accepted invites to the NBA Draft Combine, which will take place May 18-20 in Chicago.

As previously reported, Indiana forward Trayce Jackson-Davis is one of the invites, along with 13 other players from the Big Ten Conference.  Two from the league have declined the chance to participate.

At least as it relates to U.S. based players, those invited to the Combine form the majority of the ultimate draftees.  However, based on the sheer numbers and factoring in international players, more than a third of those who participate in the Combine won’t be drafted.

ESPN’s Jonathan Givony is reporting that two Big Ten players, Iowa’s Kris Murray and Michigan’s Caleb Houstan, were invited to the Combine but declined to participate.

Kris Murray is the twin brother of Keegan, who appears to be a lock to be a lottery pick.  Kris seems likely to return to school and prepare to have a breakout season like his brother did in 2021-22.  Houstan’s next move is a bit more unclear.

Of the Big Ten players attending the Combine, six are projected to go in the first round according to ESPN’s latest mock draft:  Jaden Ivey, Keegan Murray and Johnny Davis are all likely lottery picks, while Malaki Branham, E.J. Liddell and Bryce McGowens are all projected first-rounders as well.

For the other six from the Big Ten including Trayce Jackson-Davis, their performance at the Combine and ultimate stay-or-go decision will shape next year’s Big Ten race.  Illinois’ Kofi Cockburn must move on, and Purdue’s Trevion Williams and Rutgers’ Ron Harper, Jr. have indicated they won’t return to college although they have the option to do so.

Players have until June 1 to decide whether to stay in the Draft or return to college.

Here is the full list of Combine invitees from the Big Ten.

Here is the full Combine invite list, via ESPN’s Givony on Twitter.  In addition to Jackson-Davis and Ivey, two other Indiana products — Jake LaRavia and Blake Wesley — are on the list. 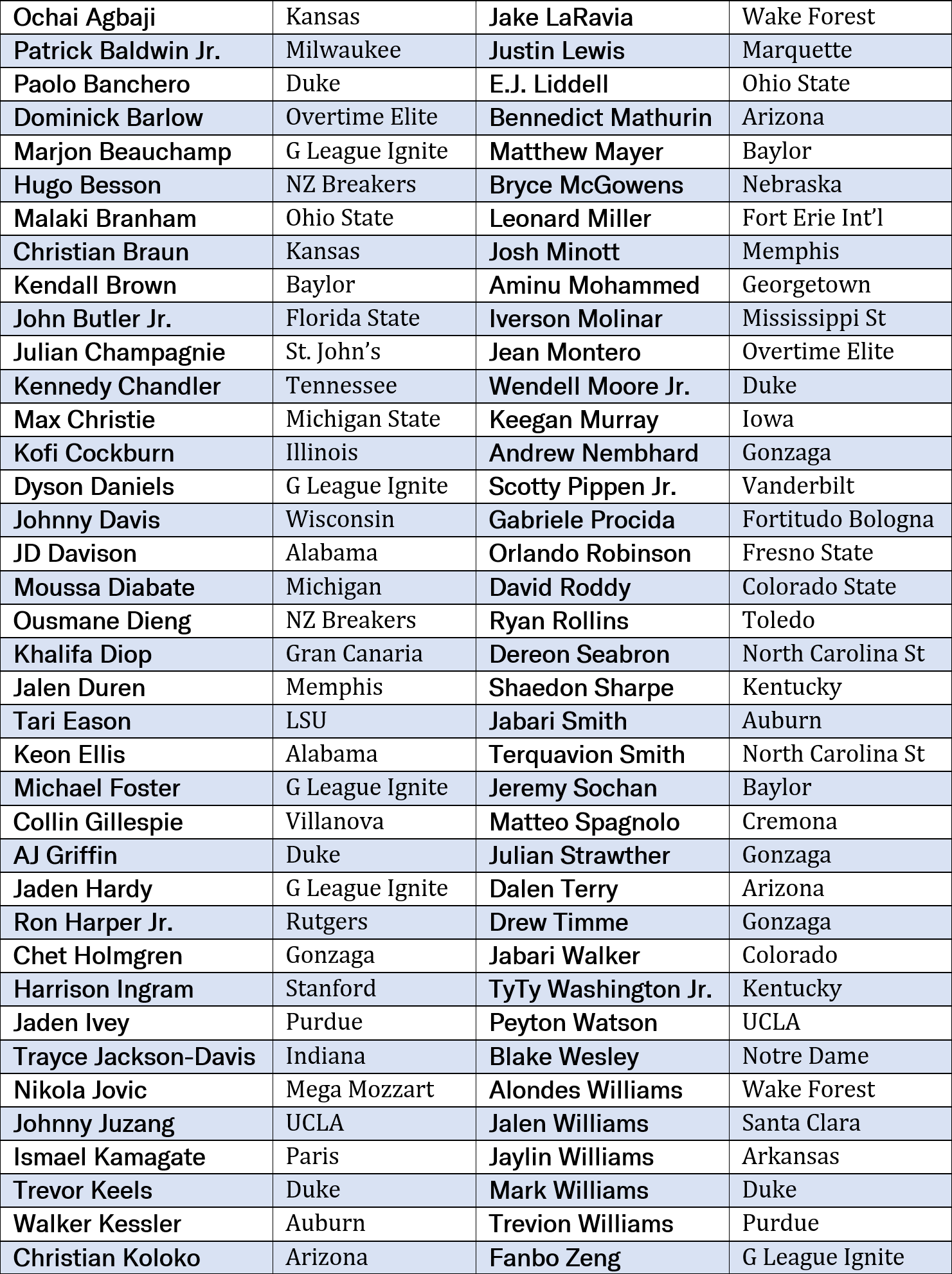