Indiana will still open the 2022 season against a Big Ten West opponent at Memorial Stadium in Bloomington, but that foe will no longer be Northwestern.

The Big Ten announced a modified 2022 schedule on Wednesday afternoon.  The primary change impacting IU was swapping out Northwestern in that week one slot and replacing them with Illinois.

The changes were deemed necessary after the schedule for the 2020 season had to be adjusted due to the Covid-19 pandemic.

Below is a graphic released by the league showing every team in the Big Ten’s new 2022 schedule. 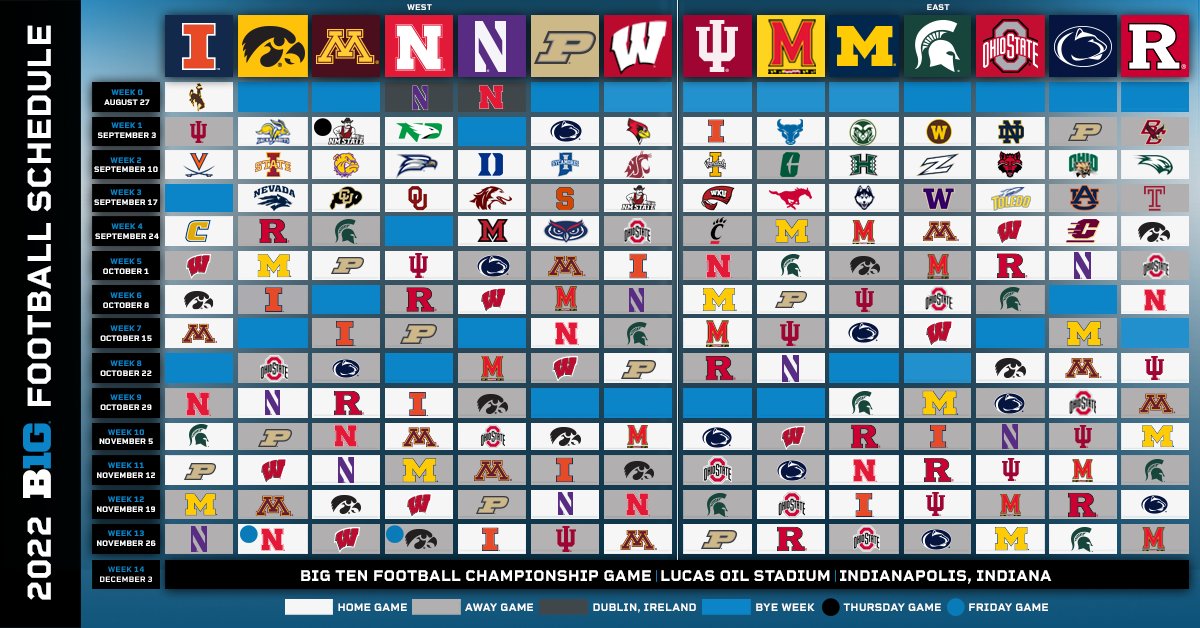