IU will now face both participants from April’s national championship game during their non conference schedule.  The Hoosiers will face defending national champion Kansas, along with Arizona in Las Vegas, and a team from the Big East as part of the Gavitt Games.

The game against North Carolina will be played at Simon Skjodt Assembly Hall on Wednesday, Nov. 30, likely in the 9 p.m. Eastern slot.

“I’m really excited for our program and fans to have a matchup like this next season at Simon Skjodt Assembly Hall,” said second year IU Coach Mike Woodson in a release from the school.  “It doesn’t get any better than two iconic programs playing on the biggest stage.”

The Tar Heels are ranked No. 1 in ESPN’s way-too-early top-25, while IU is ranked No. 14.  Each team is the early favorite to win their respective conference.

This will be the fifth meeting in the Challenge between the two teams and the 16th overall. IU is 3-1 in the Challenge against UNC with wins in Bloomington in 2012 and 2016 and in Chapel Hill in 2001. UNC won in Simon Skjodt Assembly Hall in 2004. The teams also have met three times in the NCAA Tournament. The Hoosiers won the NCAA Championship game in Philadelphia in 1981, knocked off the No. 1 Tar Heels in the 1984 Sweet Sixteen in Atlanta and saw UNC do the same to IU in the 2016 Sweet Sixteen in Philadelphia.

Here are all of the Big Ten / ACC matchups: 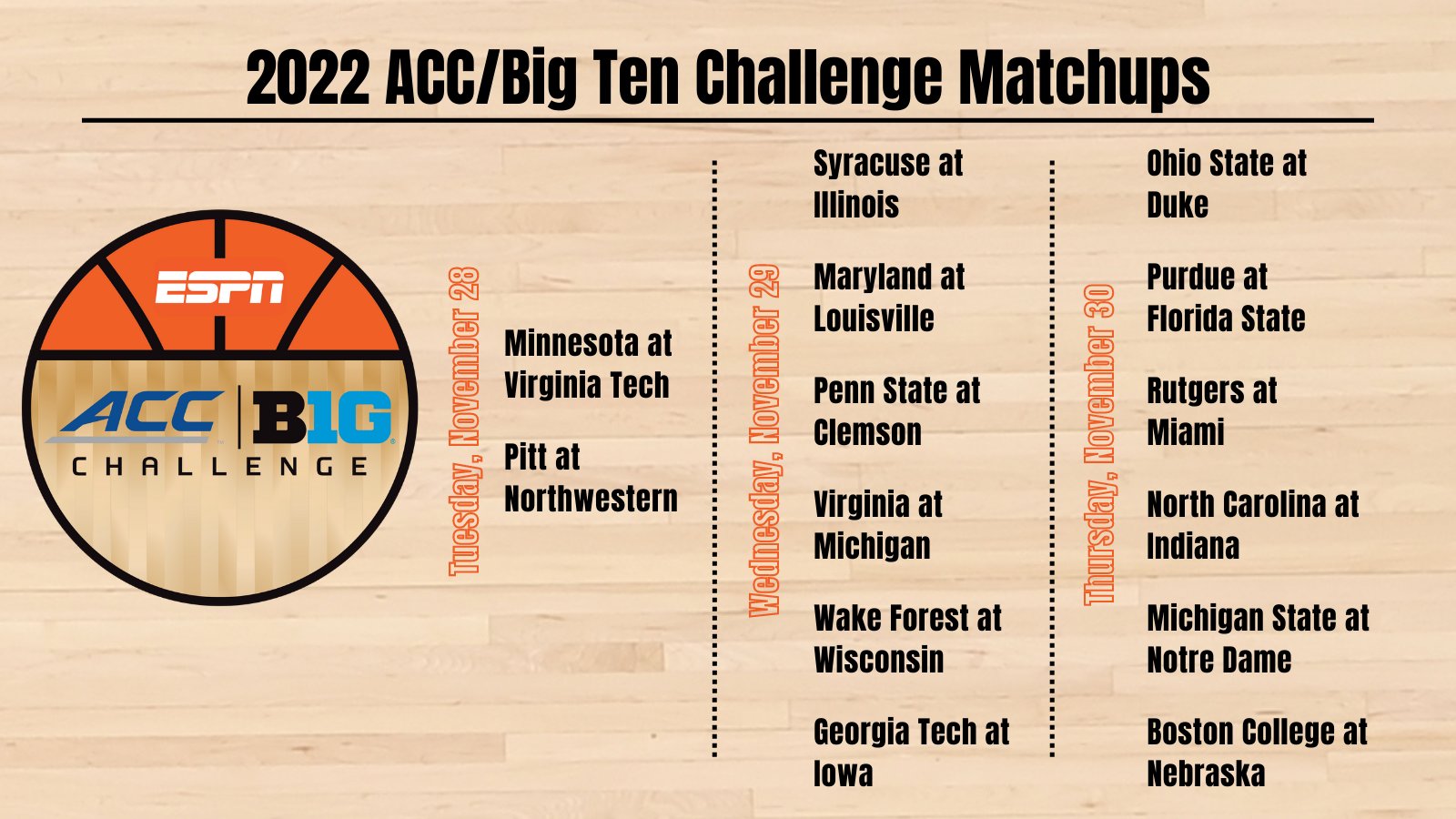 IU is 8-13 all-time in the Big Ten/ACC Challenge.  They have played the last two years on the road and lost by a combined four points in overtime at Florida State in 2020 and at Syracuse in double overtime in 2021.

Tip times and network assignments will be announced at a later date. ESPN, ESPN2 and ESPNU will combine to televise all 14 games of the event, matching top college basketball programs playing for the Commissioner’s Cup. All games will also be available to stream via the ESPN App.

To see the known components of Indiana’s 2022-23 schedule, GO HERE.