Bloomington neighborhood kids be warned:  While he looks nice, Mike Woodson wants you to stay off his lawn.

The second year Indiana head coach is apparently something of a sodfather during the offseason.

While he is still trying to put new hardware in the IU basketball trophy case, Woodson has already claimed a landscaping title in his subdivision.

And he apparently can’t stop telling his daughter Mariah about it.

“My dad takes his yard so seriously,” she wrote in a post on the social media platform. “He won yard of the month in his neighborhood and hasn’t stopped showing me pictures of the yard.”

Mariah tagged assistant coaches Yasir Rosemond and Kenya Hunter to see if they had also experienced her father’s gloating.

“I’m sure he told y’all about it,” she said to Rosemond and Hunter.

Mariah posted a picture of her father gazing with admiration at his lush accomplishment, achieved in the face of great adversity.

Indiana has been mired in a month-long drought.

IU fans are no doubt hoping Woodson can produce an equally impressive product on the hardwood once the lawn goes dormant in November, and he can turn his attention back to basketball. 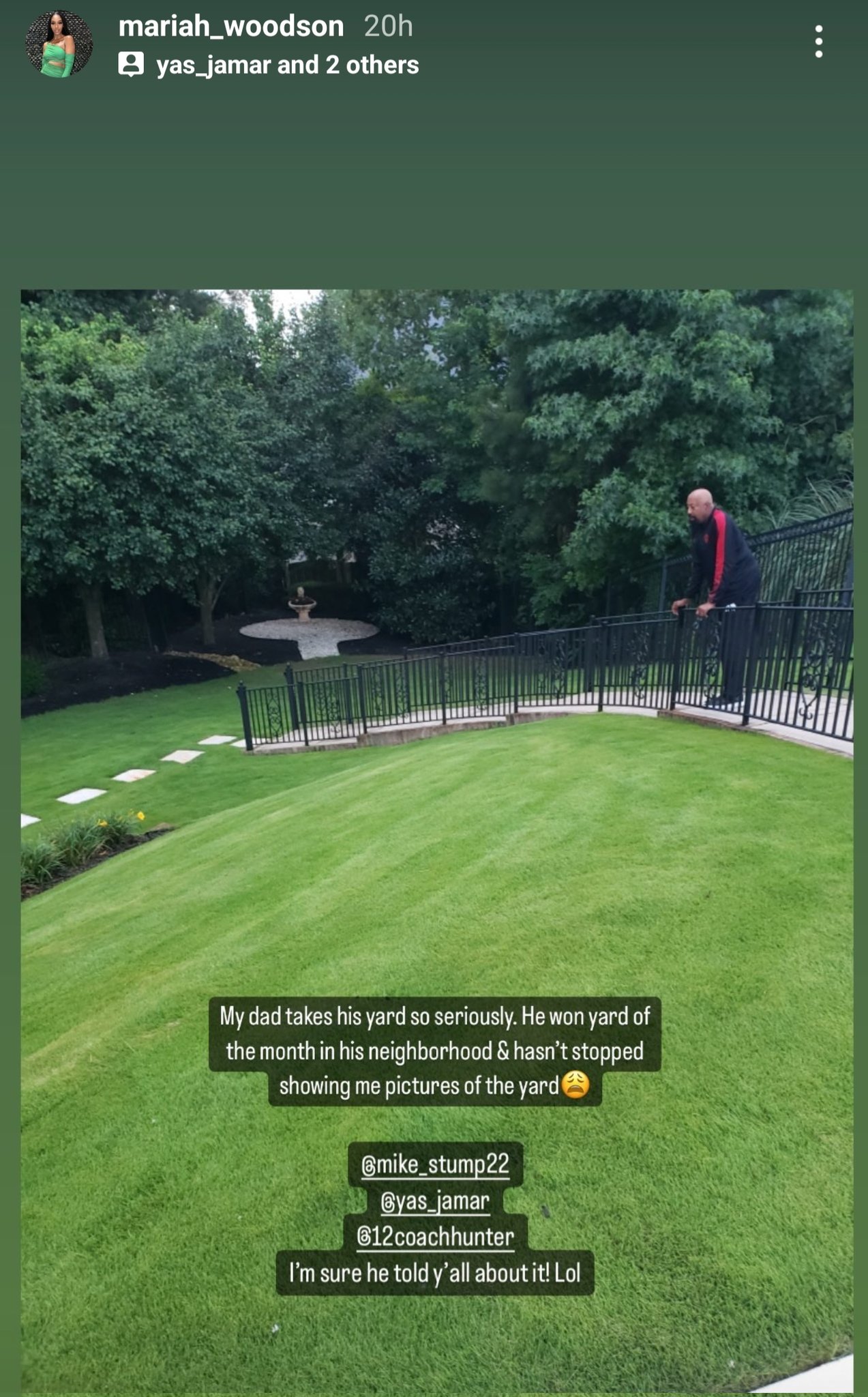