Indiana basketball and the Big Ten conference released the complete schedule for the 2021-22 season on Wednesday afternoon.

The Hoosiers will open the season on Nov. 9 at home against Eastern Michigan, and start Big Ten play on Dec. 4 against Nebraska in Bloomington.  In total the Hoosiers will play 19 times in Simon Skjodt Assembly Hall, including 10 Big Ten matchups.

While we have shared many of the individual details with you over the last few months, here is the full slate of games by date (with tip-times and television designations to be updated later) for Mike Woodson’s first season in charge of the program.

“I’m excited for our team to get back on the floor,” said Woodson in a release from IU. “It was nice to get a couple of games in the Bahamas, but we have to get ourselves ready for some challenging non-conference games and the extremely tough Big Ten season.” 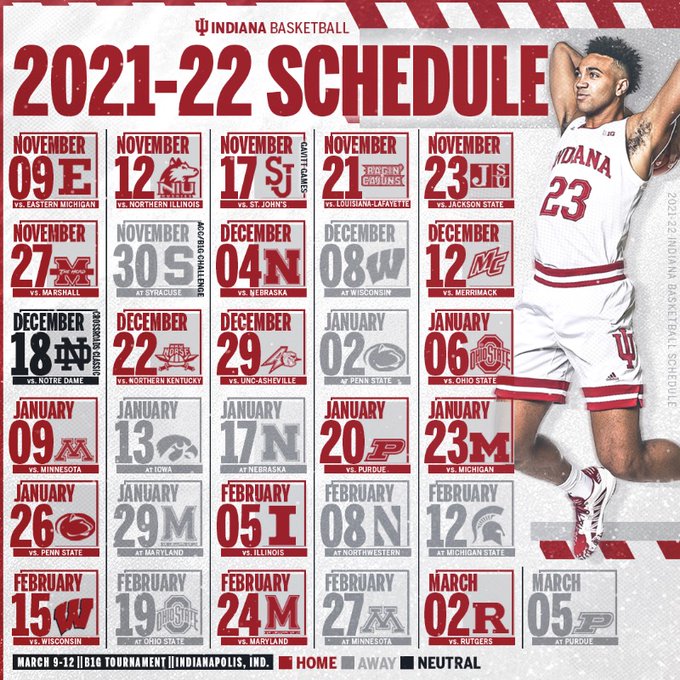 Indiana is not planning to play any public exhibition games.

Mini-series packages will go on sale the week of September 20th at this link.

The complete 2021-22 Big Ten men’s basketball conference schedule can be found below. Television network designations and start times will be announced at a later date.