New Indiana head coach Mike Woodson is on a roll.

Freshman forward Jordan Geronimo is the third IU player to announce he is pulling his name out of the transfer portal to remain with the Hoosiers.

Geronimo, who many expected to leave the program when he put his name in the portal two weeks ago, announced the news on his Twitter page on Monday afternoon.

“I believe in Coach Woodson.  Let’s get to work,” Geronimo said in a graphic attached to his Twitter post.

Geronimo joins guards Khristian Lander and Parker Stewart as players who decided to remain with IU after putting their names in the portal. Race Thompson and Armaan Franklin are the two Indiana players who remain in the transfer portal as of Monday afternoon. 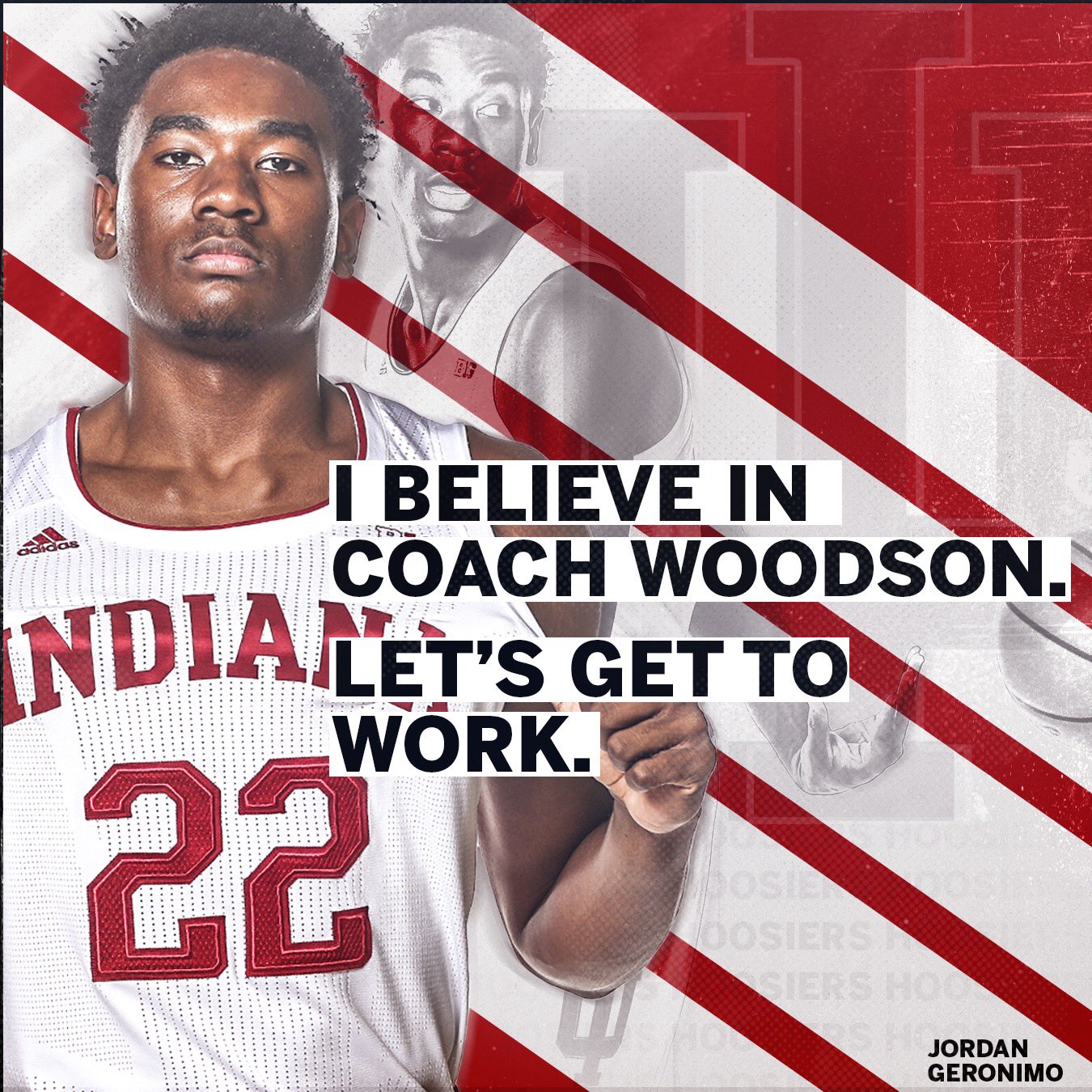