In many ways Indiana’s two losses to Rutgers have been season defining.  On Thursday, a third loss to the Scarlet Knights could be season ending.

The No. 10 seeded Hoosiers will face No. 7 seed Rutgers on Thursday evening at the Big Ten Tournament.  The game will tip at 6:30 p.m. ET at Lucas Oil Stadium in Indianapolis.  It will be televised on the Big Ten Network.  Indiana would face No. 2 seed Illinois on Friday evening if they defeat Rutgers.

IU was coming off an upset win at No. 4 Iowa when Rutgers defeated the Hoosiers 74-70 in Bloomington on Jan. 24.  The Scarlet Knights ran out to a 55-41 second half lead and held on to end a five-game losing streak and secure their first ever win at Simon Skjodt Assembly Hall.

In what might have been its ugliest performance of the season, the Hoosiers lost 74-63 in the rematch in New Jersey on Feb. 24.  IU led 23-8 to open the game but were outscored 66-40 the rest of the way. Rutgers led by as many as 20 points in the second half before allowing IU to chip away late.

The Hoosiers’ defense struggled with Rutgers’ dribble penetration and transition offense in both meetings.  IU allowed 1.12 points per possession in the first meeting, the fifth highest average surrendered in a game this year.  In the second meeting Rutgers had an effective field goal percentage of 58.2 percent, the fourth highest rate allowed this season by IU.

If he’s healthy, Armaan Franklin could be a wildcard in the third meeting.  Indiana’s second leading scorer and best 3-point shooter, Franklin was hobbled with a bad left ankle in the first game, and he had to leave the second with a right leg injury and hasn’t returned since.  He was described by IU coach Archie Miller as a game time decision for Saturday’s game at Purdue, but Franklin was not uniform and did not warm up with the team before the game.  Although IU has shot 3-pointers well against Rutgers, they have been woefully inaccurate from long range during Franklin’s recent absence.

Indiana likely needs to win the Big Ten Tournament to earn a bid to the NCAA Tournament.  And that is something IU has never done, only advancing to the final one time in 2001 before losing to Iowa. The Hoosiers hold a 13-22 all-time record at the event, and they have not won consecutive games in the tournament since 2003.

For more on IU’s inglorious history at the Big Ten Tournament, GO HERE. 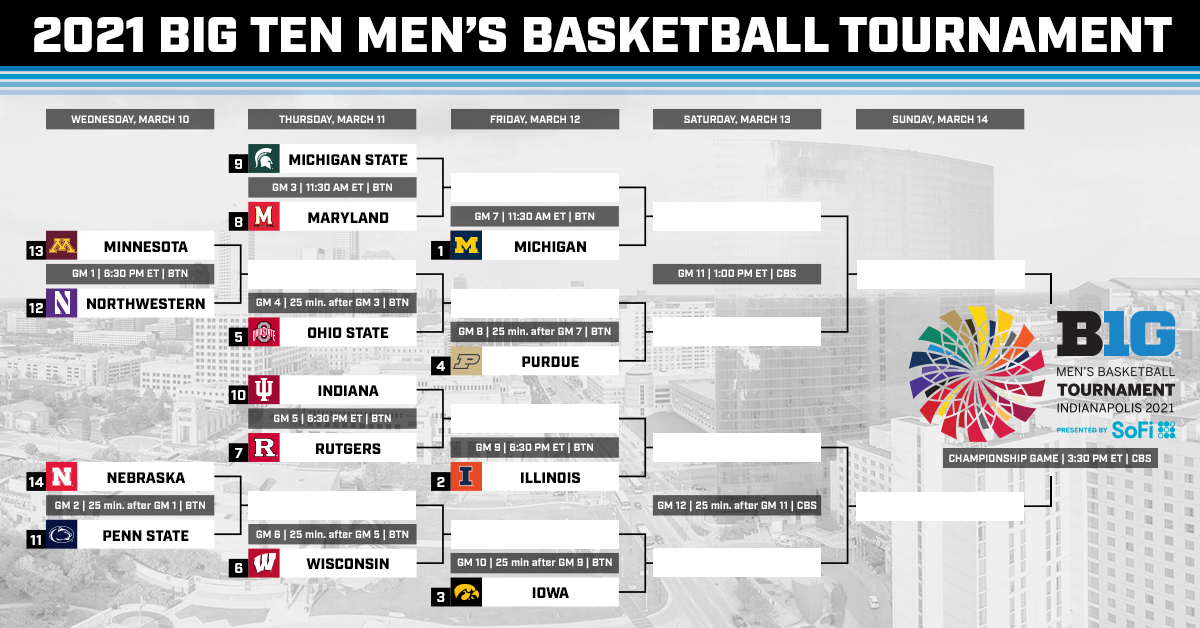