As reported earlier this week, the current Big Ten East/West divisional scheduling format will continue for one more year.

Here is the new schedule, as reported on the Big Ten Network on Wednesday afternoon.

The new 2023 schedule is largely the same as the first version released in 2018, with the primary update being the dates and locations of the Michigan and Michigan State games.  The 12 opponents are unchanged.

According to a release by the league, selected Saturday games in the 2023 season may be adjusted to select Fridays and other special dates, including Labor Day Sunday and Black Friday.

The 2024 football schedule will be announced in the future, the league says.  In 2024 the Big Ten welcomes USC and UCLA, and it is expected to substantially overhaul its approach to scheduling.

To see all of Indiana’s future games through 2031, GO HERE. 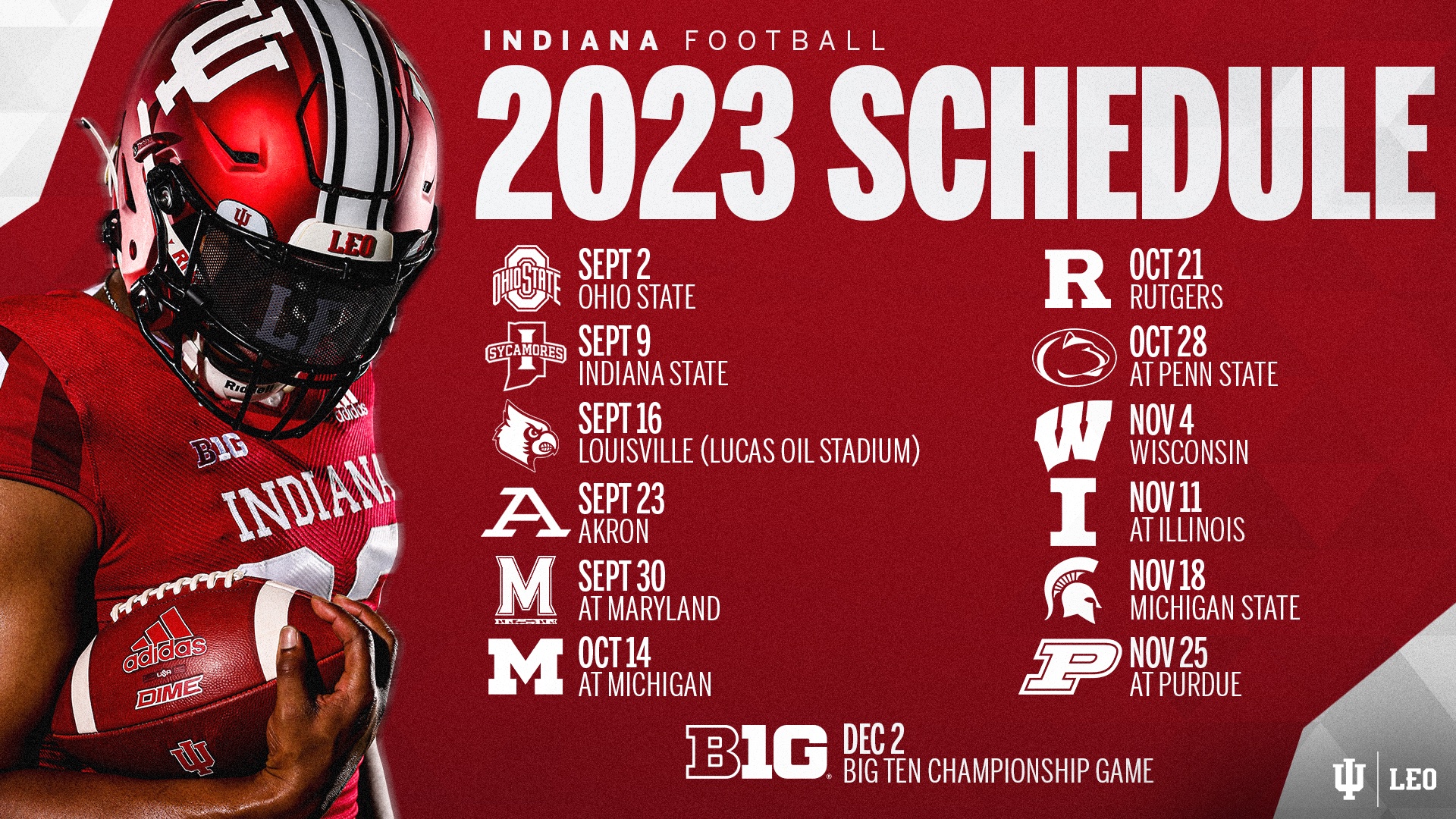 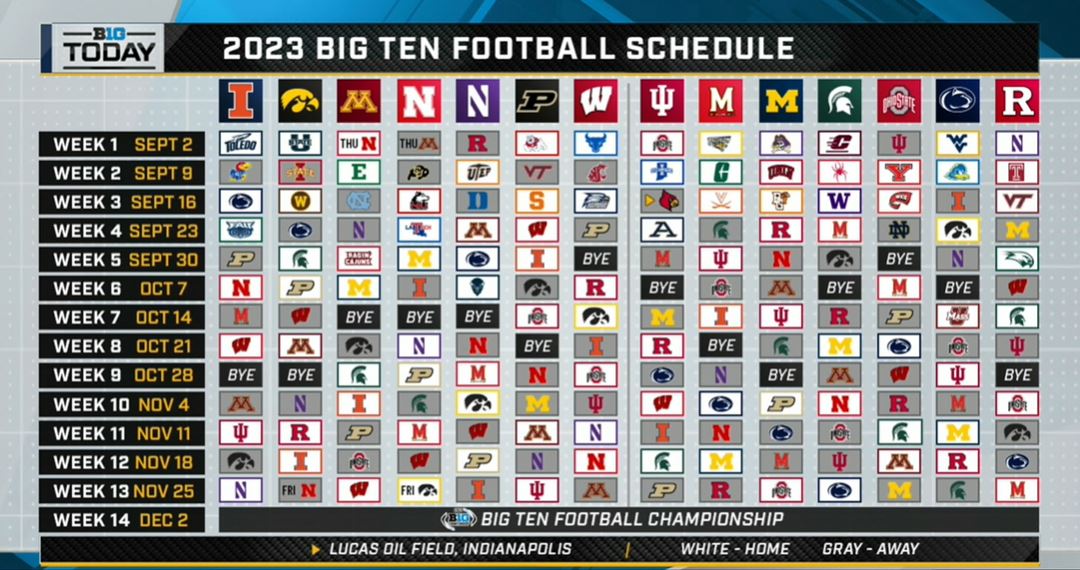