Indiana managed to keep one of its two All-Big Ten wide receivers in the fold for the 2021 season, but another has declared for the NFL Draft.

Whop Philyor posted on his Twitter account on Saturday afternoon that he has decided not to use the extra year of eligibility granted to all athletes and play professionally after four years with the Hoosiers.

“My time here has changed me and taught me many things,” Philyor posted in a graphic on his account. “After long and thought-out discussions with family and friends, I decided that it is time for me to move on to the next level in life and pursue my dream of playing in the NFL.” 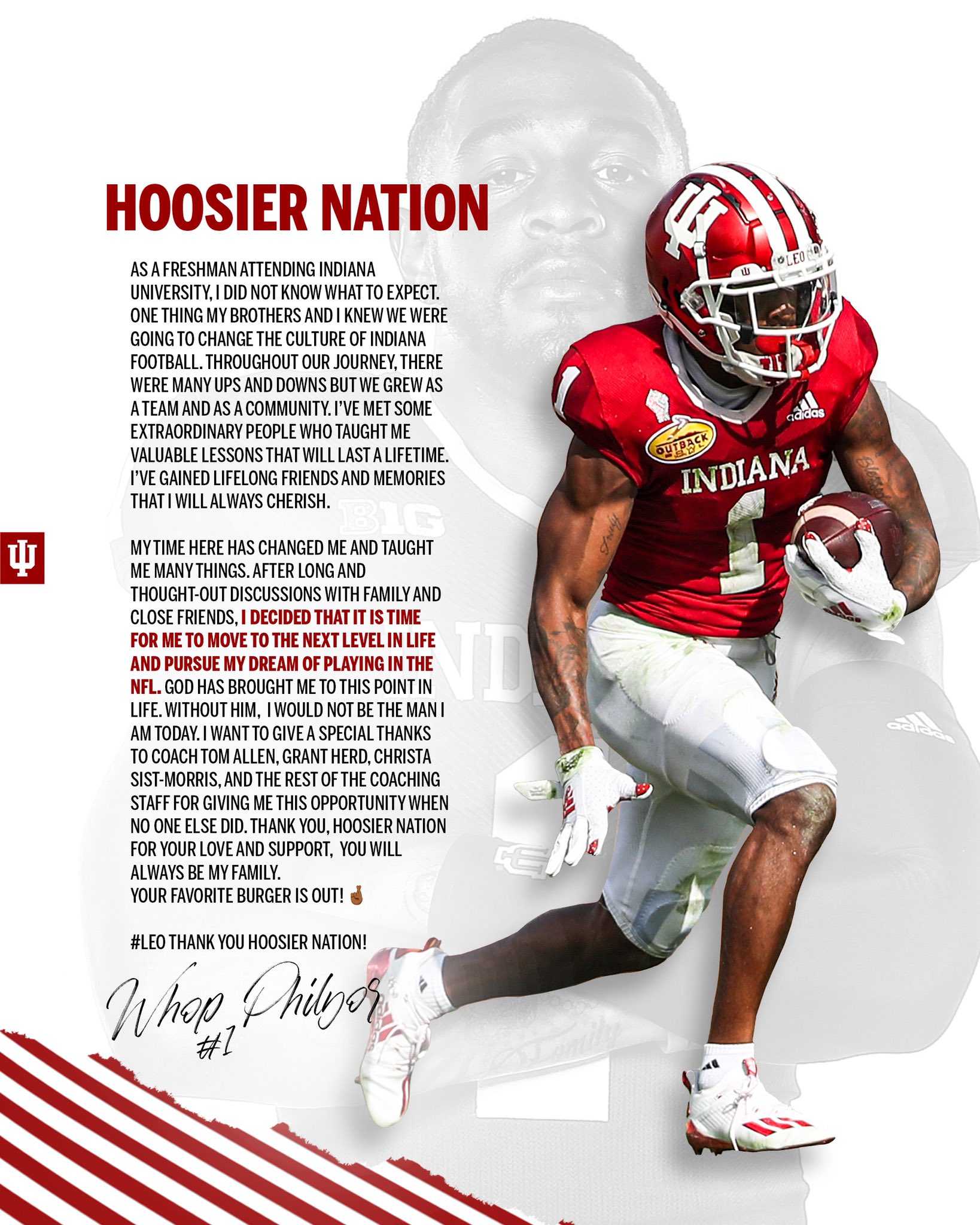 Philyor caught 180 passes for 2,067 yards and 12 touchdowns in four seasons at Indiana including 70 for 1,002 yards in his junior year and 54 for 495 yards in the Hoosiers’ eight games this season. He was named second-team All-Big Ten by the coaches and third-team by the media in 2019 and was an honorable mention selection in 2020. He set an Outback Bowl record for receptions in a game with 17 in the Hoosiers’ 26-20 loss to Ole Miss on Jan. 2.

“I am so excited to see you Chase Your Dream of playing in the NFL!!!” coach Tom Allen said in response to Philyor’s post.  “THANK YOU for All that you gave to our program!!! Love You!!!”

The Hoosiers still have plenty of talent returning at receiver for the 2021 season. All-Big Ten wideout Ty Fryfogle announced Friday night that he will return, and the Hoosiers will also add Florida State transfer D.J. Matthews to the fold.