High-end receivers are lining up to play with Michael Penix, Jr. in the class of 2021.

Indiana picked up its third class of 2021 wide receiver commitment on Tuesday when Alabama-based senior Malachi Bennett announced his intent to play for the Hoosiers.

Bennett made the announcement on his Twitter page.  “To be continued,” Bennett wrote in his post and included the following graphic: 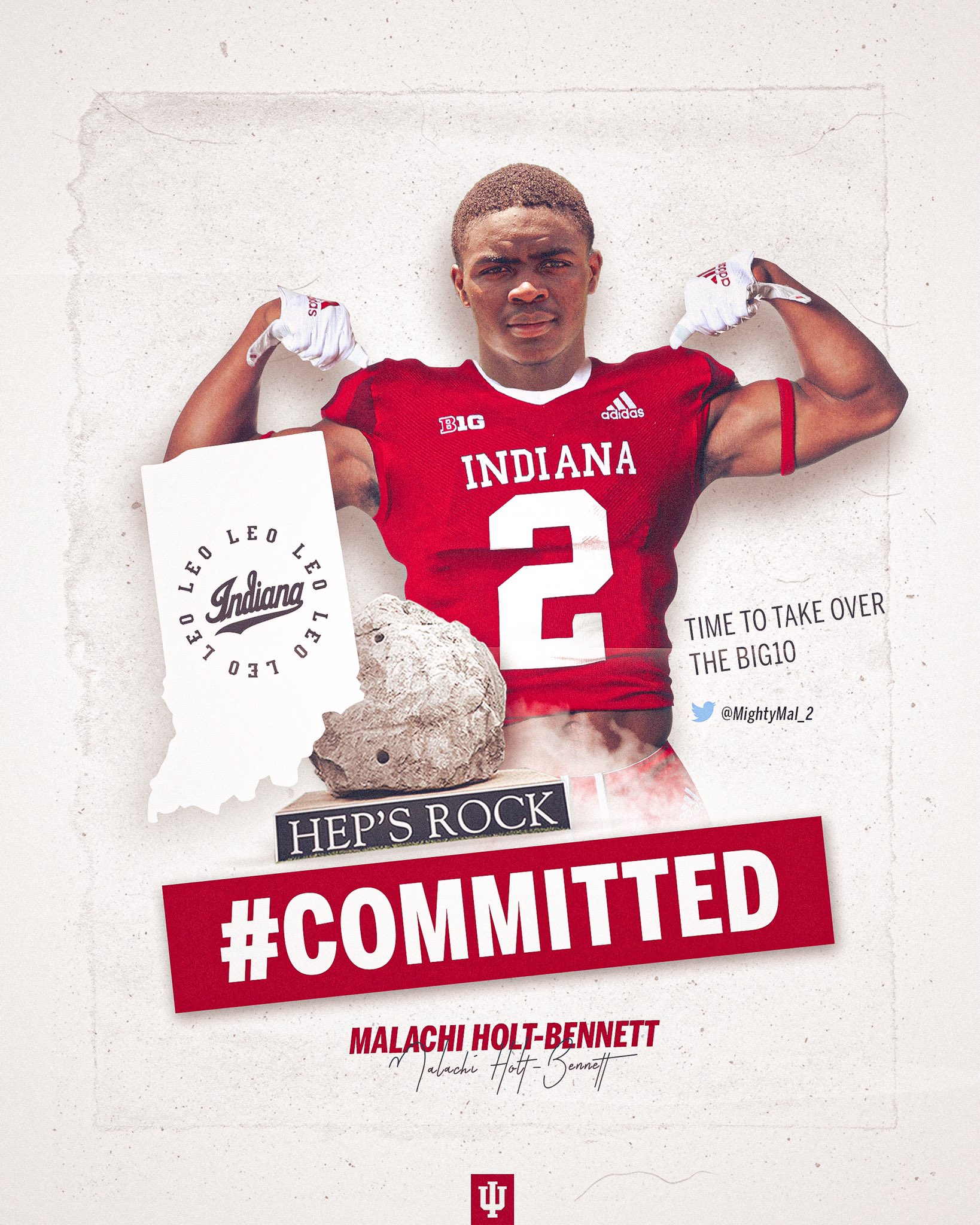 Overall, Bennett is the third-highest rated player in Indiana’s 2021 class, behind Smith and their future quarterback, top-250 4-star Donaven McCulley.

The 6-foot-2 and 180 pound Bennett committed to UAB in August and then decommitted in November.  Indiana wide receivers coach Grant Heard led the charge for the Hoosiers after Bennett reversed course.

A star on both sides of the ball, Bennett secured 45 receptions for 821 yards and nine touchdowns during his senior season playing for Fairfield Preparatory School in suburban Birmingham, Ala.

Bennett is expected to sign his national letter of intent with IU on Wednesday.  Overall he is the 14th member of Indiana’s relatively small 2021 class.  Indiana is also welcoming three transfers for the 2021 campaign.  To see a complete position-by-position summary of Indiana’s 2021 roster turnover, GO HERE.

See also:  Bennett’s coach on what makes him special