Indiana kicks off its 138th season of football on Friday night in Bloomington, and the Hoosiers will be looking to get the bad taste of 2021 out of their mouths.

But to do it, they’ll have to knock off a Big Ten foe in a critical season-opener that could swing the season.

Illinois is fresh off an impressive 38-6 rout of Wyoming, and now the fun begins with a week one Big Ten matchup.

It’s the Hoosiers and Illini under the Friday night lights. 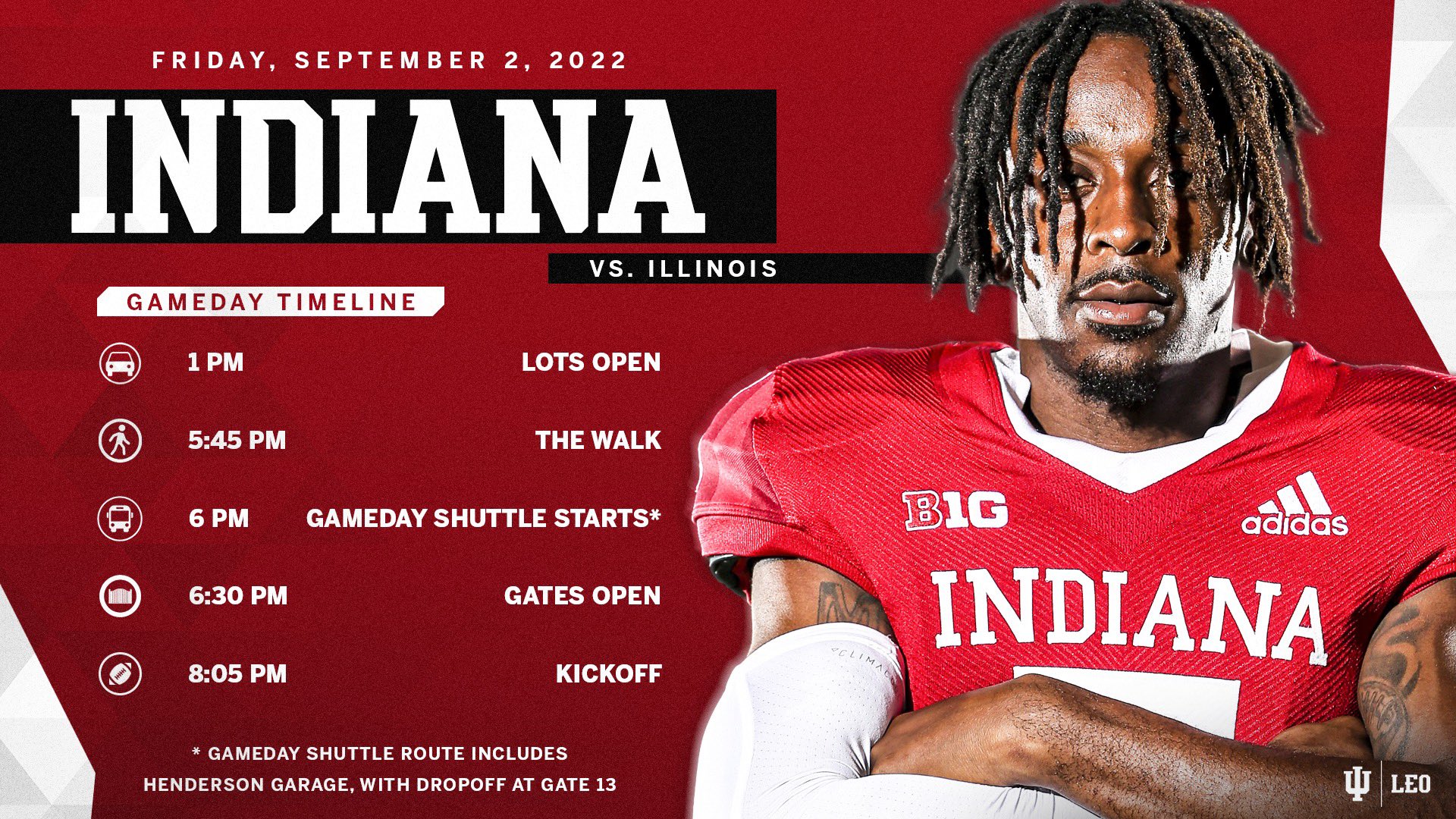 • The Illini opened the game with a bang with a two-play touchdown drive and never trailed. Chase
Brown took his first carry of the season 38 yards up the right sideline before senior Tommy DeVito
connected with Brown for a 14-yard TD pass one play later on his first pass attempt as an Illini.

• Illinois held the Cowboys to 1-for-12 on third down. Wyoming started the game by going 0-for-11
on third down before picking up a third down in the fourth quarter against the Illini backups.

Illinois’ offense doesn’t strike fear with big play ability, but their defense is pretty good.  That sounds a lot like Indiana.

It looks like we’re in for a relatively low scoring game that comes down to the final drive.