Indiana will play in front of its home fans for the first time in nearly two years on Saturday when it hosts Idaho in Bloomington.

The Hoosiers and Vandals are meeting for the first time, and in fact, this is IU’s first meeting against a Big Sky Conference foe.  IU will look to continue its run of recent success at Memorial Stadium, where they have won six of their last seven home games, including an unblemished 3-0 mark in 2020.

Tom Allen is 24-23 (.511) in his fifth season as Indiana head football coach. His 24 wins over his first four years are the most for an IU head coach during that span. 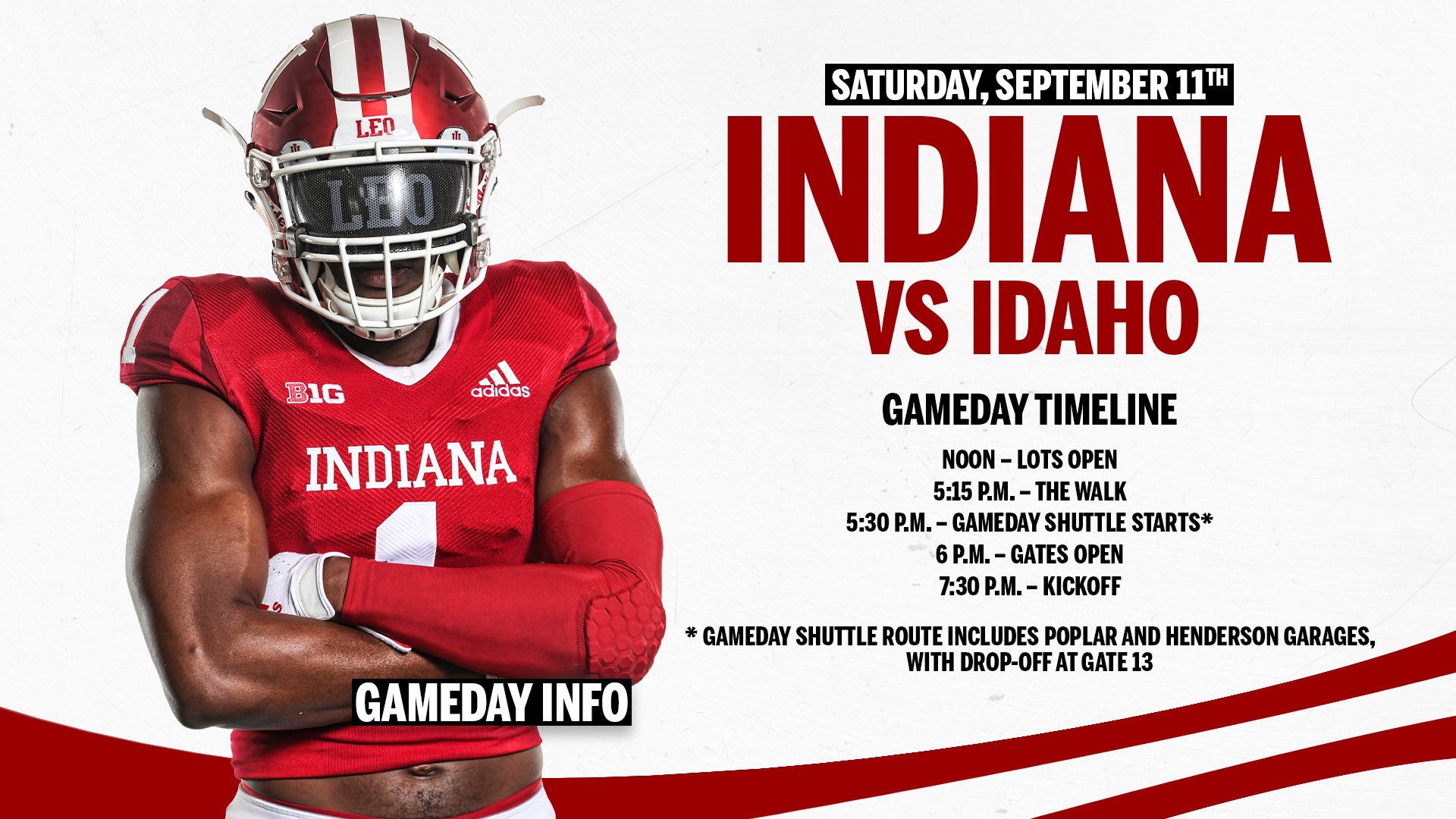 WHEN IDAHO HAS THE FOOTBALL

Idaho had no trouble finding the end zone in its season opener.  The Vandals are coming off a 68-0 victory over Simon Fraser, a Division II team out of Canada that was 1-9 last season.

Quarterback CJ Jordan completed 7-of-12 passes for 161 yards, two touchdowns and no interceptions. Hayden Hatten caught two of those passes for 106 yards and a touchdown. Roshaun Johnson rushed for 87 yards and three TDs on 10 carries.

The Vandals use two quarterbacks with Jordan and Mike Beaudry. They combined for 277 passing yards and 159 rushing.

An All-Big Sky performer, Hatten had a breakout spring season in 2020, catching 43 passes for 613 yards and three touchdowns.  The Vandals added transfer receivers Terez Traynor from Western Kentucky and Mekhi Stevenson from UNLV.

“They do quite a bit on offense,” Allen said this week. “They score a lot of points, get a lot of yards, and their skill guys are really talented. They’ve got really good receivers who catch the football and they’ve got some big lineman, a huge fullback – 270-plus pounds – that’s really an H-back and an All-American at the FCS level, as well as a receiver who is an All-American.

“Just conceptually, the whole [Petrino] family, they have a great understanding of offensive play and how to score points and how to put you in conflict defensively. They do a good job of that. They play multiple quarterbacks and create different things there and they all have different skill sets. They are just tough. I’m telling you. The toughness of their team shows up on film on both sides of the ball.”

The Idaho offense ranked No. 26 in the FCS during their spring season.

WHEN INDIANA HAS THE FOOTBALL

Overall the Idaho defense ranked No. 83 during the spring FCS season.

The defense is led by All-America linebacker Tre Walker.  Edge rusher Charles Akanno is also a threat.  They form the foundation of a group who has Allen’s attention.

“The core of their defense, the front seven, is very physical and very talented,” Allen said. … “Defensively how hard they play, how physical they are (sticks out). They are just tough, hard-nosed kids that play well and play together.”

As a unit Idaho held Simon Fraser to 90 total yards, but they are a bit more suspect on the back end.

Senior cornerback Jalen Hoover and safety Tyrese Dedmon are the veterans there who will look to slow down quarterback Michael Penix and his veteran group of receivers.

The Vandals have lost all four games against FBS teams since 2018 and are 0-3 all-time against the Big Ten.  That includes a 79-7 blowout at Penn State in 2019.  Indiana isn’t likely to produce that kind of margin, but the Hoosiers should cruise in this one.

IU gets the tune up it needs in preparation for a showdown with Cincinnati.