The IU football program got a pleasant bit of Friday evening news as first team All-Big Ten and third-team All American receiver Ty Fryfogle announced his return for the 2021 season.

“It’s not a threat, it’s a promise…I’m coming back on my worst behavior…” he wrote in his introduction.

“I have been presented with the opportunity to declare for the NFL Draft, however after long talks with my mom, family, friends and coaches I have decided to return for my last year of eligibility at Indiana University,” Fryfogle wrote in a graphic included with his post.

“My work here at Indiana University is not yet finished. There are many great things in store for this football team in 2021. The future is very bright and I am excited to be a part of it.” 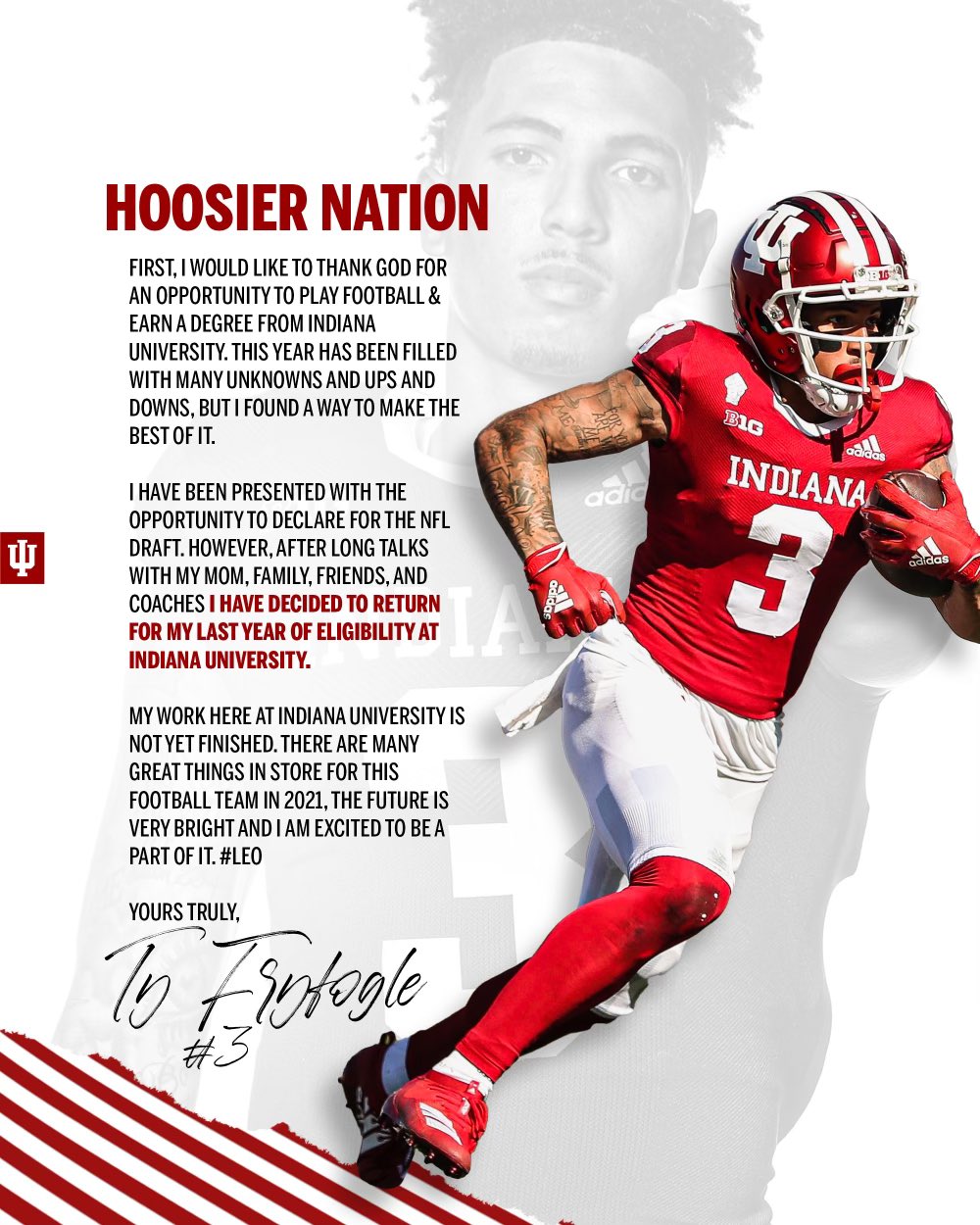 After a breakout senior season, Fryfogle became the first Hoosier in program history to be named the Big Ten’s Richter-Howard Receiver of the Year.  One of 11 semifinalists for the 2020 Biletnikoff Award, Fryfogle became the first receiver in B1G history to record back-to-back 200-yard games, the first Indiana wideout to reach 200 yards twice and the first Hoosier since Nate Sudfeld (2015) to claim back-to-back Big Ten Offensive Player of the Week honors.

A native of Lucedale, Miss., Fryfogle led the team with 721 yards and seven touchdowns, and he was second with 37 receptions.

Fryfogle is eligible to return for a fifth season under the NCAA’s allowance for an additional year of eligibility due to the COVID-19 pandemic.

He is one of several Hoosiers that have decided to take advantage of the rule, along with Marcelino Ball, Raheem Layne, Mike Ziemba, Kham Taylor, Mackenzie Nworah, Jared Smolar and Dylan Powell.