Since many of you aren’t BTN Plus subscribers, we’ll share some notes below on Indiana’s preseason exhibition against Marian as it happens.

The Daily Hoosier is live at Simon Skjodt Assembly Hall.

Following along for updates and join us in the discussion section.

Reneau has ice on his knee and hasn’t checked back in since his early second half injury.  Doesn’t seem like anything serious.

Anthony Leal checks in at the 5:39 mark.  All available scholarship players have seen the floor now.

Geronimo and Galloway first off the bench once again in the second half.

At the under-16 media timeout, IU leads 52-25.  Malik Reneau leads IU with 14 points.  He appeared to bang knees with a Marian player while taking a charge and asked to come out of the game.

Indiana leads 33-13, 4:52 left.  Timeout Marian.  Indiana appears to have gone through its rotation.  Anthony Leal and Kaleb Banks have not come off the bench yet.

C.J. Gunn and Logan Duncomb both check in after the timeout.

Indiana leads 19-5, with 12:32 left in the first half.  Timeout.  Race Thompson leads IU with seven including a 3-pointer.  Jalen Hood-Schifino has six.

Jordan Geronimo is the first player off the bench for IU.  Trey Galloway second.

Indiana has opened the game on a 10-0 run three minutes in.

The main pre-game update is both Trayce Jackson-Davis and Tamar Bates are not in uniform and will not play today.  Jackson-Davis appears to be dealing with a right hand/wrist injury.  Bates is on his feet and does not have any kind of obvious injury.

Malik Reneau is expected to start in the place of Jackson-Davis, along with Xavier Johnson, Jalen Hood-Schifino, Miller Kopp and Race Thompson.

Indiana senior forward Trayce Jackson-Davis and sophomore guard Tamar Bates will both be inactive today for Indiana for precautionary reasons. No further questions will be addressed at this point. The program will provide further details when available. 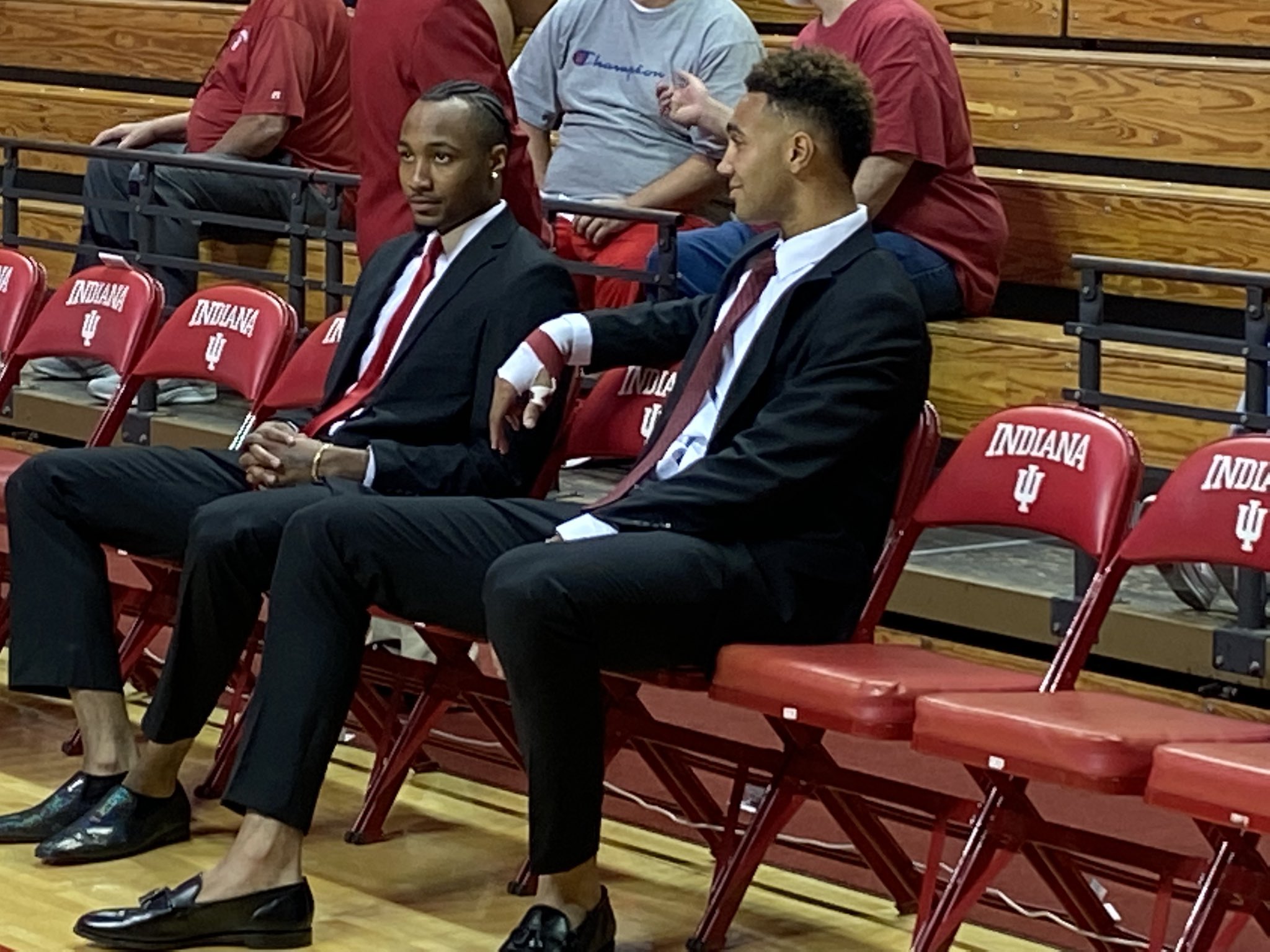