In a matter of hours, Indiana seniors De’Ron Davis and Devonte Green went from believing that they had done all that was needed to reach the first NCAA Tournament of their careers — to having it all taken away.

As the news rolled in, from the cancellation of the Big Ten Tournament to ultimately the NCAA Tournament as well, IU players watched as their seasons, and in the case of Davis and Green, their college careers, came to end.  Several players took to social media to express their emotions about the surreal day. 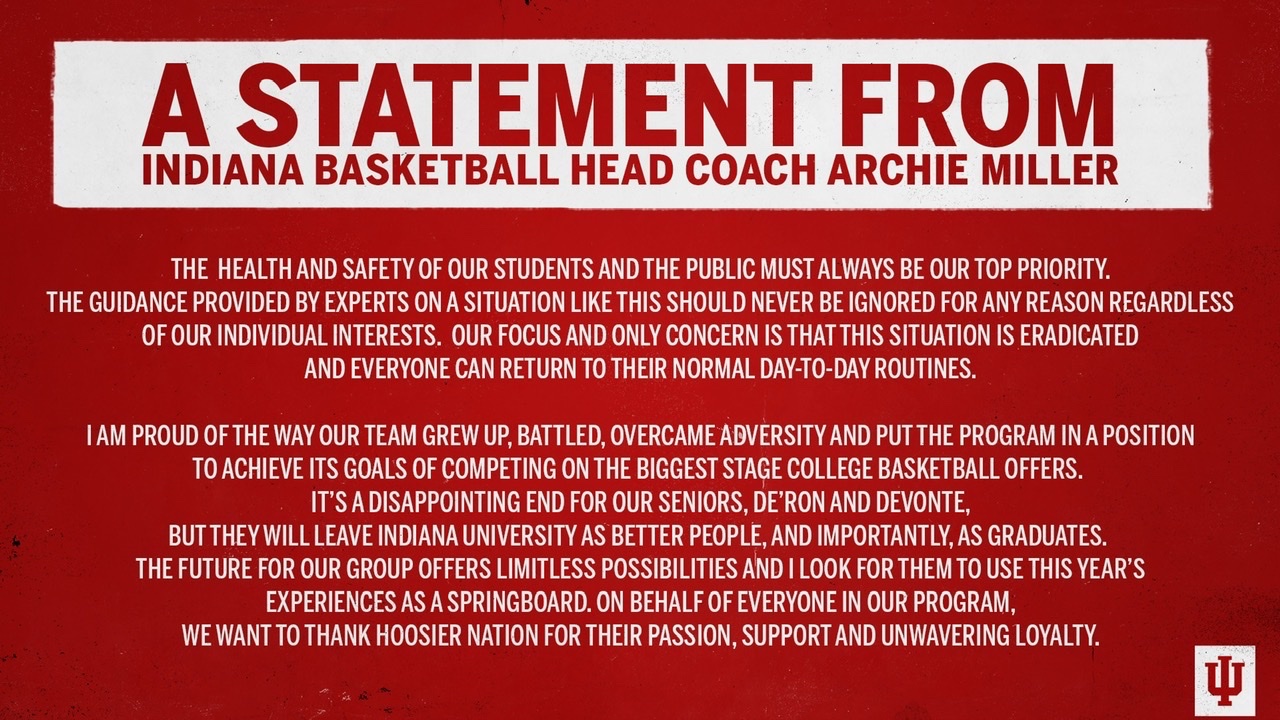 Tbh I don’t really have the words right now.. I’ve set a goal before this season started and worked so hard to achieve that goal. The moment I reach the promise land my college career was put to an end. I’m sick…but just like everything else I’ve dealt with, all I can do is move forward. Thank you to everyone who supported/believed in me through the years..I’ll be a Hoosier for life #GreenLightOut💚🤟🏽

The year we make it to the big dance, the world is in a outbreak 😷 🤦🏾‍♂️

Most of the posts were an outpouring of support for Davis and Green, who were not allowed to realize their season long goal.

A lot of love for my boys @ChefBoyArGreen & @DDavis2016 . Things didn’t go quite as planned, but accomplished a lot. Brothers for life.

Im sick, not just for myself but for the seniors on the team who worked so hard for this. They deserve more @ChefBoyArGreen @DDavis2016

There was also shock, emotions, and disbelief.  And for Al Durham, a need to perhaps just simplify for a minute.

For Green, there was one last plea to prove that a goal was, in fact, attained.

And from those that are returning, there was a promise.