Head coach Archie Miller announced on Thursday evening that Joey Brunk, Al Durham, Jr., Rob Phinisee and Race Thompson are all team captains after a vote by their teammates.

The foursome represents the only upperclassmen on the 2020-21 roster.

“Congrats on being selected by your teammates as Captains for this 2020-2021 Season,” Miller said on Twitter.  “4 Dependable, Team First Guys!”

Durham is a captain for the second year in a row.  Last season he shared the role with Devonte Green.

Below is the full release from IU Athletics. 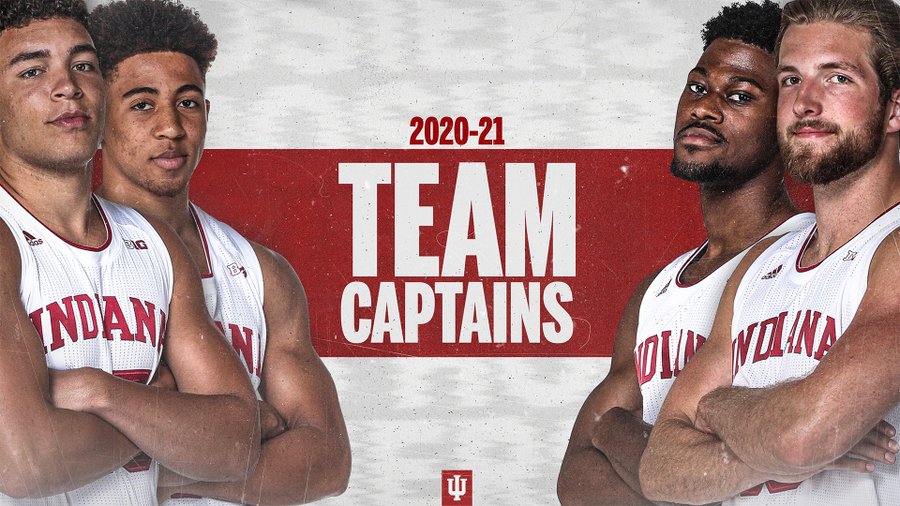 BLOOMINGTON, Ind. – Indiana University men’s basketball coach Archie Miller has announced that seniors Joey Brunk and Aljami Durham and juniors Rob Phinisee and Race Thompson, in a vote by their teammates, have been named team captains for the 2020-21 season.

Brunk, an Indianapolis native, is in his second year in the program.   He was the team’s Big Ten Sportsmanship Award winner a year ago and started 31 times in 32 games last season and averaged 6.8 points and 6.2 rebounds, while shooting shot 52.2% from the field.

Durham is in his fourth year in the program and second as a captain.  He hails from Lilburn, Ga.  and started all 32 games  averaging 9.8 points and leading the team in 3FG% hitting 38.3% of his long distance shots.  He finished second on the team with 80 assists and led the team making 81.1% of his free throw attempts, ranking 5th in the Big Ten in the process.  He has started 71 career games.

Phinisee, who is from Lafayette, is in his third year with the Hoosiers.  He played in 27 games and started 16 of the last 17 games a year ago.  He averaged 7.3 points and led the team with 90 assists.  He was second on the team with 27 steals and shot 72.5% from the line and added 2.5 boards per. He has started 45 career games.

Thompson, a resident of Plymouth, Minn., is in his fourth year in the program.  He emerged as a key contributor in the second half of last season averaging 4.8 points and 4.7 rebounds in the last 10 games averaging 18.4 minutes per game. He played in 29 games and averaged 3.7 points and 3.9 rebounds and was  second on the team with 19 blocked shots and also added 20 steals.

The Hoosiers began practice October 14.  The college basketball season will officially begin with games on November 25.