Indiana opened its 2022-23 season with an 88-53 win over Morehead State at Simon Skjodt Assembly Hall in Bloomington, Ind.

IU led 41-29 at halftime and the Hoosiers were led by Trayce Jackson-Davis and Malik Reneau, who each had 15 points.  Jackson-Davis had a team high seven rebounds.

The Hoosiers (1-0) return to action on Thursday evening when they host Bethune Cookman in Bloomington.

1. Indiana dominates the paint.  Morehead State was much bigger than the IU’s exhibition foes, but they often played four guards and the Hoosiers still had a major size advantage on Monday. They capitalized with a 52-18 edge in the paint.  Jackson-Davis and Reneau had 30 of the 52 points.

“Make no mistake about it, our strength — and this is no knock against them — we were a bigger team,” IU coach Mike Woodson said after the game.  “Our strength is playing inside out. I mean, it’s no secret. I’m not trying to hide that.”

2. The bench makes the difference.  Indiana’s bench is expected to be a difference maker this season, and that was magnified against a mid-major foe.  IU’s main rotation included four off the bench, and the Hoosiers enjoyed a 45-8 advantage in bench points.  Jordan Geronimo had four straight after MSU tied the game at 21 and he had 10 for the game.  Tamar Bates played 23 minutes off the bench and added nine points.

3. Hoosiers pick it up on defense.  IU forced 21 Morehead State turnovers and limited the Eagles to just 37 percent shooting from the field.  The Eagles scored just 32 points over the last 30 minutes after the 21-all tie midway through the first half.  MSU had just 24 points and shot only 33 percent in the second half.  30 of Morehead’s 54 field goal attempts were from behind-the-arc, and they made 30 percent of their attempts. 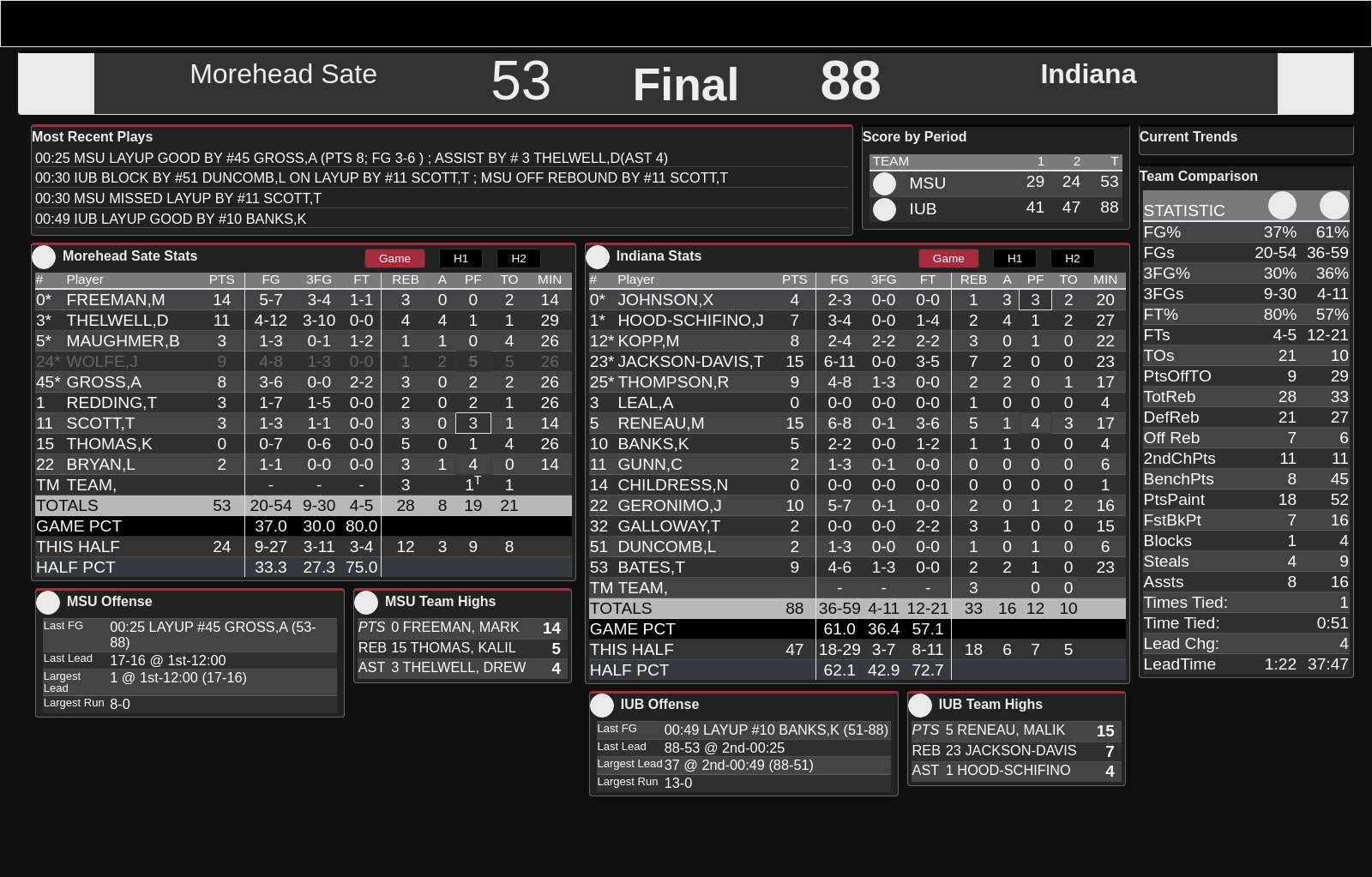