The Hoosiers led at halftime 39-30 and were led in the game by Race Thompson with 20 points and eight rebounds.

1. Filling the TJD void.  It certainly wasn’t seamless, as 30-point underdog Little Rock was within seven points with under 10 minutes remaining.  With All-American senior Trayce Jackson-Davis out with a back issue, Indiana was forced to look elsewhere for frontcourt production.  Race Thompson scored his second most points in an IU jersey with 20, while Malik Reneau started and scored 10, and Jordan Geronimo pitched in 11.  Thompson was particularly effective.  Playing in a headband after suffering a cut to his head in the first half, he was also 6-of-6 from the free throw line and he added two blocks.

2. Xavier Johnson runs the second half show.  Indiana needed leadership in the second half and senior point guard Xavier Johnson delivered a masterpiece after the break.  His second half only stats were seven points and eight assists against just one turnover.  Overall he had nine points, 10 assists, four rebounds, and just two turnovers.  He continues to be perfect on the season (4-of-4) from 3-point range after making his lone attempt from long range, part of key second half surge where IU pulled away.

3. Domination inside once again.  Indiana was expected to have a big advantage inside, and it turned out that way, even without Jackson-Davis.  The Hoosiers outscored Little Rock 52-22 in the paint, blocked 11 shots and held a 41-34 rebounding advantage. 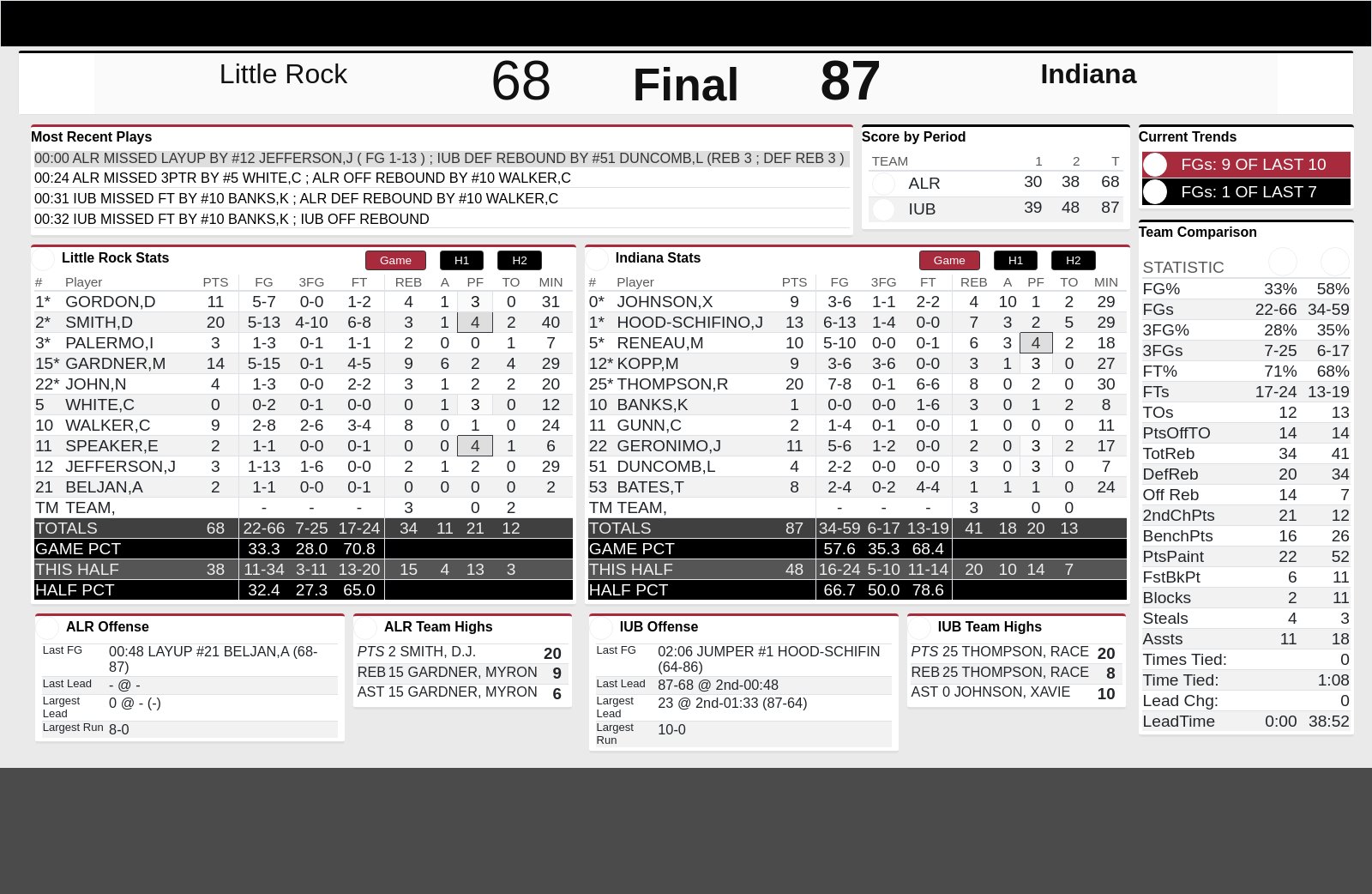