Indiana defeated Bethune-Cookman by a final score of 101-49 on Thursday evening at Simon Skjodt Assembly Hall in Bloomington, Ind.

The Hoosiers led 49-23 at halftime and were led in the game by senior forward Trayce Jackson-Davis with 21 points.

Indiana (2-0) will have seven days off and will next travel to Xavier a week from Friday.

1. Once again, it’s the bench.  In a repeat of a pattern we saw in game one, Indiana led just 12-10 in the first half when Mike Woodson began subbing.  From there the Hoosiers closed the half on a 37-13 run and put the game away.  Indiana outscored Bethune-Cookman 51-9 in bench points.  That followed a 45-8 advantage in the first game against Morehead State.  Jordan Geronimo had 11 points, Trey Galloway 10, and Malik Reneau nine for IU — all off the bench.

“The second unit, back-to-back games, man, they’ve been phenomenal in terms of how they’ve come and performed and have really built our lead for us,” Woodson said after the game.

2. Crisp, efficient offense, threes, and those free throws!  Indiana’s assist rate was off the charts, with 27 on 35 field goal attempts.  Their assist total was just four off the all-time single game program record. The Hoosiers also made 21-of-22 free throws on the night.  Five players had a perfect night from the line.  After attempting just 11 threes in the first game, IU made 10-of-24 (41.7) from deep on Thursday night.  They also made 25-of-36 from two for an impressive 69.4 percent clip.

“We’ve been shooting a lot of them (free throws), I know that,” Woodson said.  “Nobody wants to go up and miss free throws. I think it’s a mental thing, man. I mean, somebody gives you free free throws, you’ve got to take advantage of it.

“I thought tonight, everybody, our focus and concentration level was high, and we stepped up to the line, and we made them.”

3. Defense forces mistakes, limited second chances.  Indiana made life difficult in multiple ways on the defensive end.  They forced 19 Bethune-Cookman turnovers and limited them to just five offensive rebounds.  IU also did not send BC to the free throw line until late in the second half.  In the end Indiana allowed very few possessions where the Wildcats had good looks at the basket.  They scored just .7 point per possession on the night. 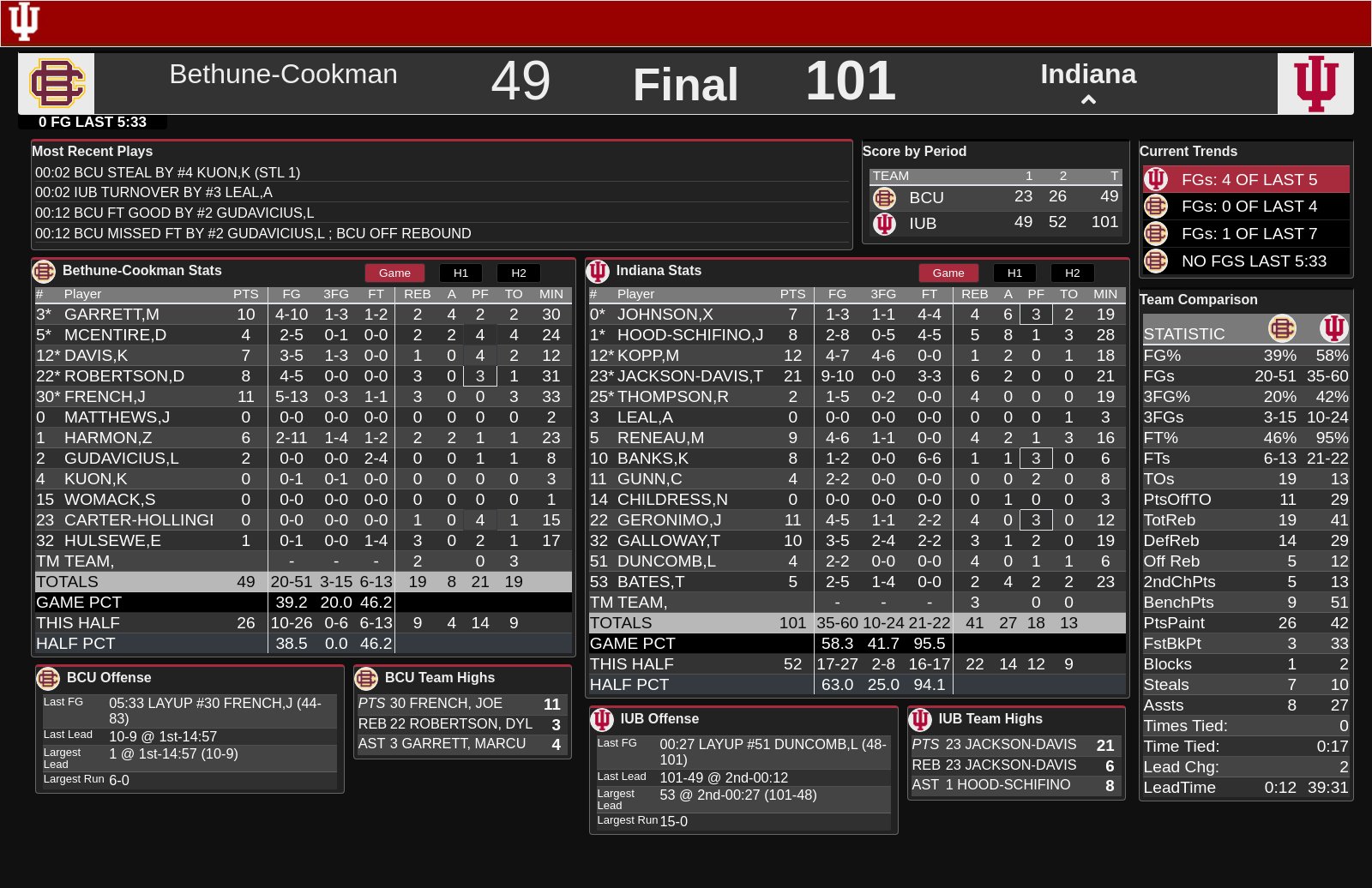