Indiana has announced the time and other details for its annual Hoosier Hysteria IU basketball kickoff celebration with fans on Oct. 2.

The event will start at 4:00 p.m. Eastern and run for around 90 minutes, allowing plenty of time before the IU football game at Penn State which starts at 7:30 p.m.

Hoosier Hysteria will feature Mike Woodson’s first public remarks to IU fans at Simon Skjodt Assembly Hall, and allow fans a chance to greet Teri Moren’s squad, which features the return of all five starters from their Elite Eight run.

The event is free for fans with open seating, but attendees are asked to bring a canned food item for donation.  The full release from IU Athletics follows. 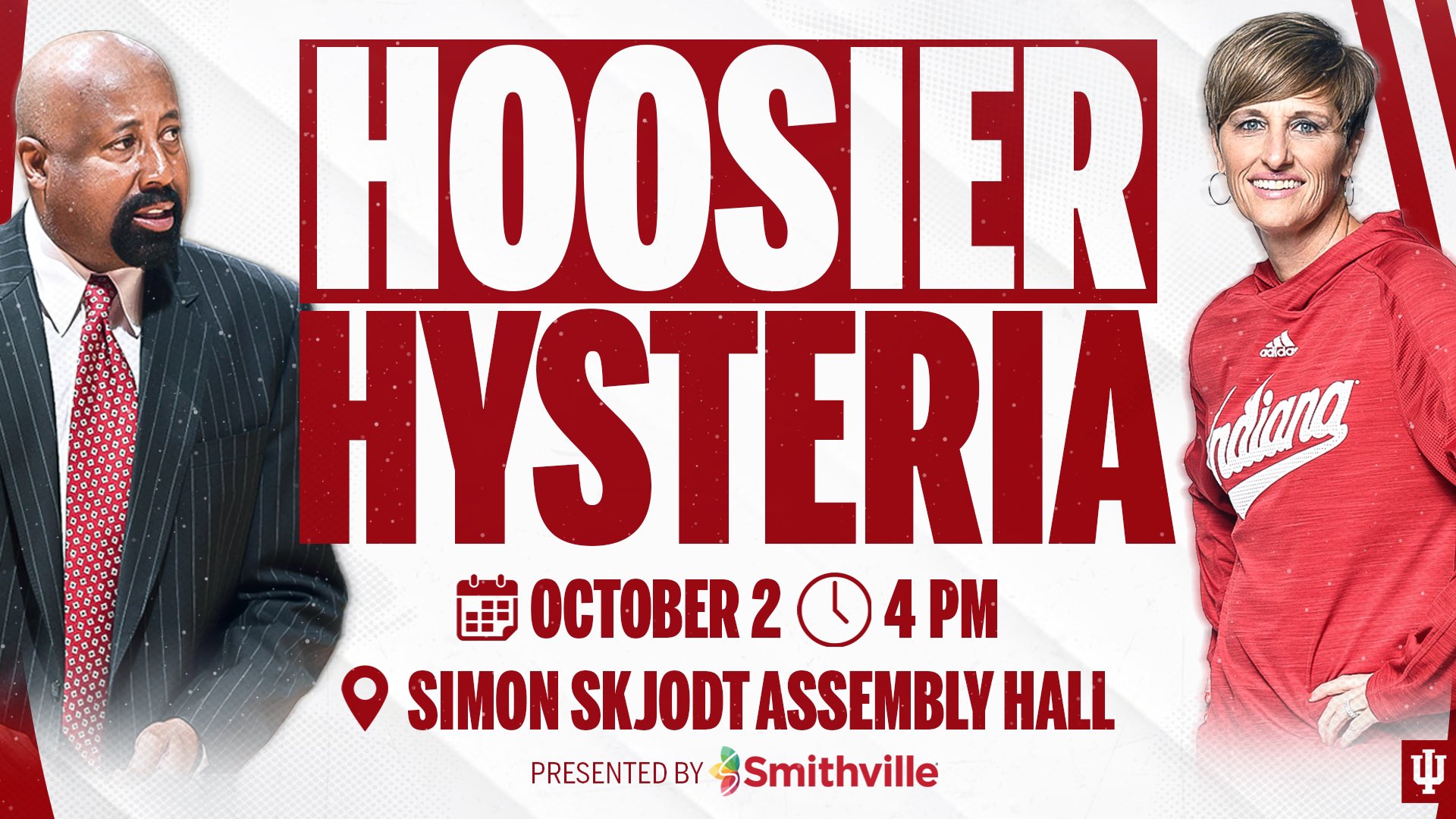 Bloomington, Ind. – The final details for one of the most highly anticipated Hoosier Hysterias ever are now set.

IU Men’s Head Coach Mike Woodson and Women’s Head Coach Teri Moren will unveil their 2021-22 basketball teams to Hoosier fans Saturday, Oct. 2, at 4 p.m. at Simon Skjodt Assembly Hall at Hoosier Hysteria Presented by Smithville. Doors will open at 2:30 p.m., and admittance to the season-opening event is free with open seating. Attendees are asked to bring a canned food item to donate to the Hoosier Hills Food Bank.

The event is expected to last 90 minutes and will conclude in time for Hoosier fans to be able to watch IU football’s game at Penn State which kicks off at 7:30 p.m. on ABC.

What will be new for Indiana Basketball in 2021-22? Plenty. On the men’s side, Woodson will make his first public appearance in Simon Skjodt Assembly Hall as the head coach of his alma mater. His first IU team will be led by preseason first-team All-American Trayce Jackson-Davis, who is joined by returning starters Race Thompson and Rob Phinisee.  In all, the men’s team features nine returning lettermen, two highly-regarded freshmen, and four transfers who have started a combined 284 games at the Division I level.

On the women’s side, the biggest change for Moren’s team is the level of anticipation and expectation. With last season’s starters Ali Patberg, Grace Berger, Mackenzie Holmes, Aleksa Gulbe and Nicole Cardaño-Hillary all back from a team that advanced to the NCAA Tournament’s Elite Eight and won a program-record 16 Big Ten games, no goal seems out of reach in 2021-22 for IU Women’s Basketball.

Adding to the anticipation for this year’s event is that it will also mark the first time in more than 18 months that Hoosier fans will be able to see IU’s basketball teams at Simon Skjodt Assembly Hall in person. In accordance with Indiana University policy, fans are asked to wear a face covering at this year’s event.