Steve Downing just wants his team to see the picture.

As director of athletics at Marian University, he spends plenty of time around the Knights’ men’s basketball program. He said the players don’t know much about his background, as a prominent Indiana Hoosier in the 1970s. So when Marian plays IU in an exhibition game at Simon Skjodt Assembly Hall this weekend, he’ll share a meaningful part of his past with the team.

The Knights are set to arrive in Bloomington on Friday. At some point that day, the team will tour Assembly Hall and Cook Hall — arranged by Downing through IU head coach Mike Woodson.

“I used to have a picture at Assembly Hall, and I want them to tour, let them see that picture so they know that I haven’t always been fat like this and I used to be a pretty good basketball player,” Downing said. “We’re just excited about coming down. It’s a great opportunity, a lot of history at Assembly Hall. I really want my guys just to see it. They’ve seen it on TV, never had the opportunity.”

Downing played at IU from 1970-73, and was named Big Ten player of the year as a senior. He was a key part of the 1973 Hoosiers that went to the Final Four — Bob Knight’s first national semifinal as IU head coach. He scored 1,220 points in his three seasons — currently No. 37 on Indiana’s all-time scoring list.

Downing also recorded the first triple-double in IU history — and is still just one of two Hoosiers to ever achieve the feat.

He was drafted in the first round of the 1973 NBA Draft by the Boston Celtics, and won a championship ring there in 1974 while playing parts of two seasons in the league.

Downing returned to IU in 1979 and served as an associate athletic director for 20 years. He then went to Texas Tech, with Knight, as senior associate director of athletics. Downing held that position for 10 years before his appointment at Marian. 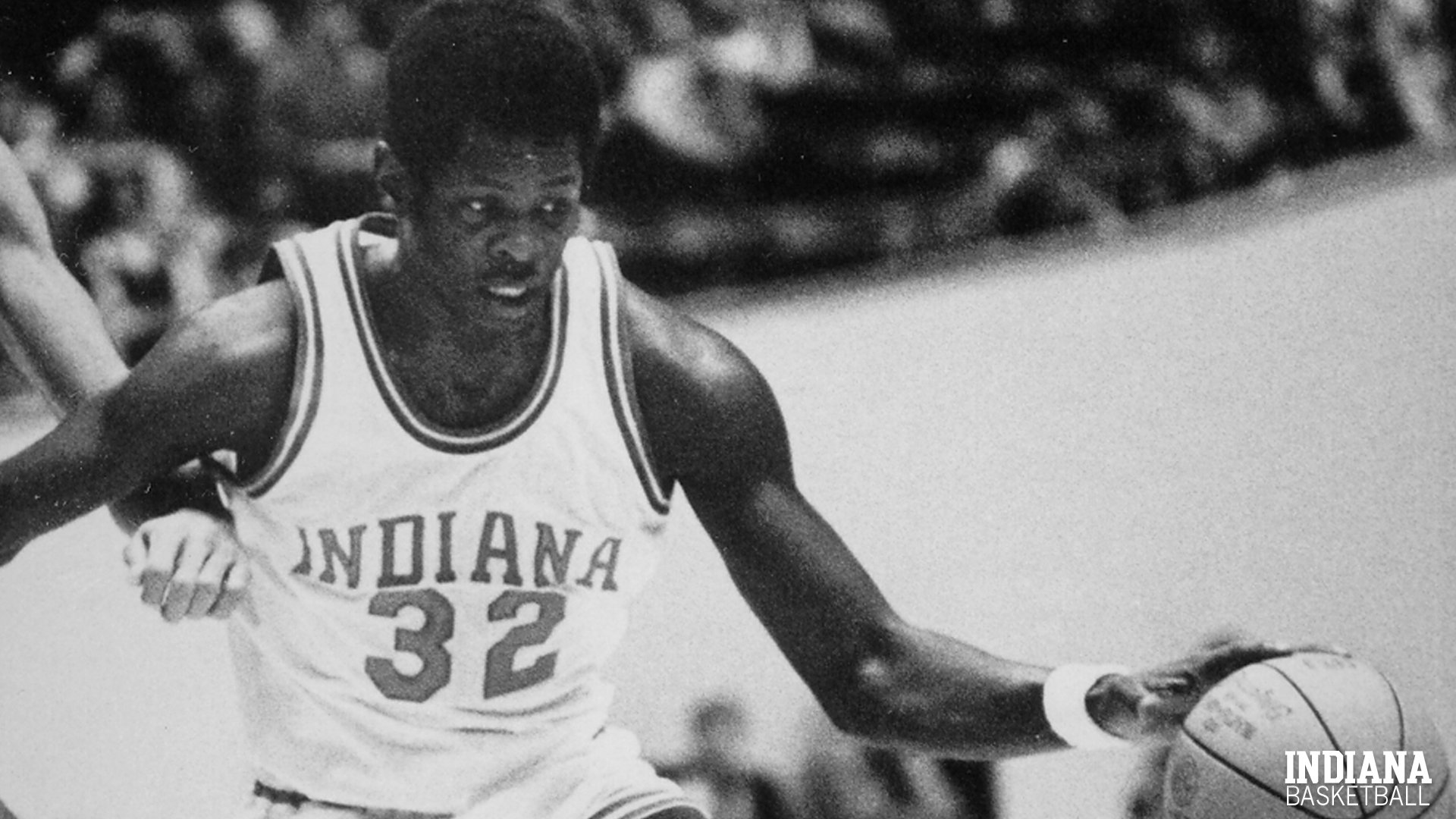 This is the second time Downing will bring his Knights to Simon Skjodt Assembly Hall for an exhibition game. The teams played in 2017 — Archie Miller’s first game on the sideline for IU. Downing said he’d asked Tom Crean about playing an exhibition, but was turned away.

But for Downing, this time feels different.

“I came to that game also. But I didn’t tour. I just went to the game, got up, and left,” Downing said. “the big difference is, I recruited Mike Woodson to go to Indiana University. What makes it different is my friendship with him. I’ve been very close to him. We’ve been really good friends. I’m just a big fan of Mike Woodson’s.”

Woodson invited Downing and George McGinnis — his IU teammate — to a practice earlier in October. That’s where Downing asked about setting up a tour for the Marian squad.

Downing is excited about this year’s IU team and thinks these Hoosiers have a real chance at a special season. When he saw the team practice, the team’s depth and overall talent quickly stuck out to him.

“We never had that kind of talent, from one to 12 or whatever it is. They’re going to be a good two-deep in most positions,” Downing said. “But what I think impressed me even more is that they’re good kids. They get along. Initially, before I talked to them, I said, ‘Man, how is (Woodson) going to play all these guys and keep them happy?’ But I think they’ve bought in to what he’s doing.”