With a lot of painful misses along they way, it had been about eight months since a high school basketball player committed to play for Indiana University.

IU head coach Archie Miller went back to his most reliable source of talent for recruits — the state of Indiana.

6-foot-4 guard and Culver, Ind. product Trey Galloway announced today that he has verbally committed to Indiana according to his Instagram account. 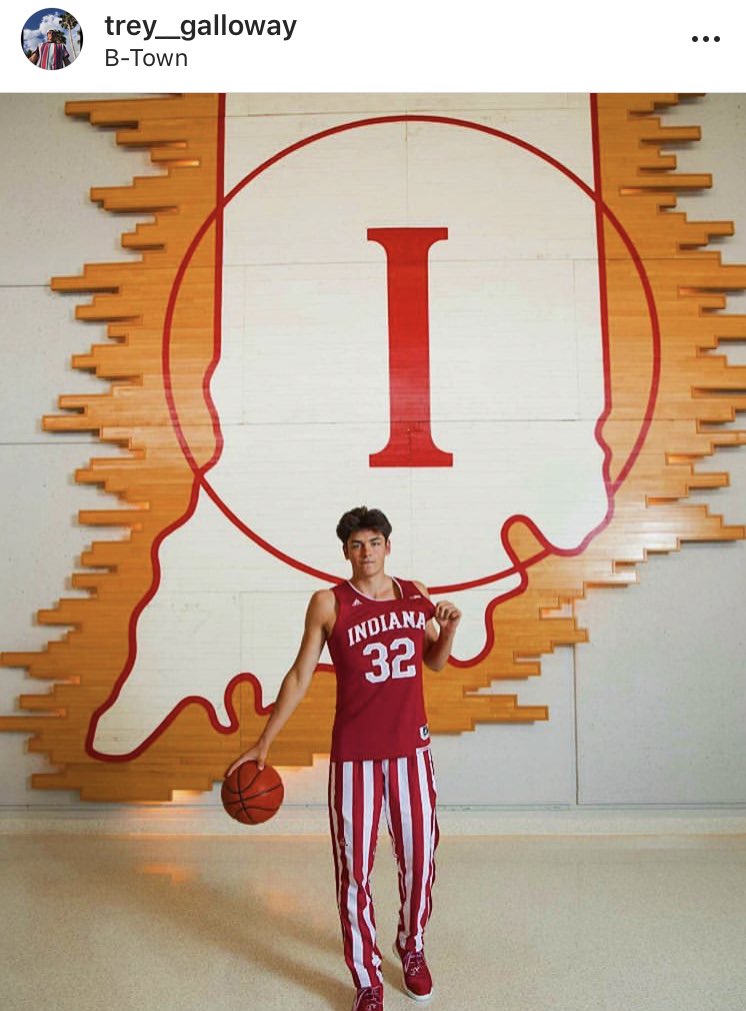 After a late May IU official visit that Galloway’s father Mark told us went very well, Trey indicated to The Daily Hoosier a few weeks ago that the IU coaching staff continued to make him a top priority.

“Me and Coach Ostrom and Coach Miller talk daily,” Galloway told The Daily Hoosier recently.  “For sure the relationship is very good, and I know some of the players well too.”

Even more recently Galloway told our friends at Indiana Sports Beat that Miller and his staff were putting on a full court press.

“The way they’ve recruited me has really stood out to me,” Galloway said.  “Coach Miller has been to all of the games.  It’s been really cool to see how much they care and how much they want me to be part of their program.”

Galloway also indicated in that interview that it would be “super cool” to play at IU with AAU teammate Anthony Leal and wear his home state of “Indiana” across his chest.  Leal is down to a final two of Indiana and Stanford.

A versatile two-way player, Galloway averaged 16.1 points, 6.1 rebounds and 3.8 assists per contest for his junior season playing at Culver Academies for his father.

According to the current 247Sports Composite rankings, Galloway is a 3-star recruit and the No. 178 overall player in the 2020 class.

Running with Indiana Elite on the Adidas AAU Circuit, Galloway had a strong spring and summer that led to a late April offer from IU.

Galloway becomes the sixth high school player from the state of Indiana to commit to IU under Archie Miller since he took over the program in 2017, and the first IU verbal commit in the class of 2020.