Indiana announced five kickoff times for the 2021 football season on the football program’s Twitter account Thursday including the season opener against Iowa. The Hoosiers will play the Hawkeyes at 3:30 p.m. on Sept. 4 in a game that will be televised on the Big Ten Network. The other four kickoff times follow, according to an Indiana release. Two of the games involved do not yet have television networks. Those will likely be decided during the season and depend on the outcomes of early-season games.

Indiana also announced on Wednesday that the Hoosiers will play Western Kentucky at 8 p.m. on Sept. 25. That game will be broadcast on CBS Sports Network. 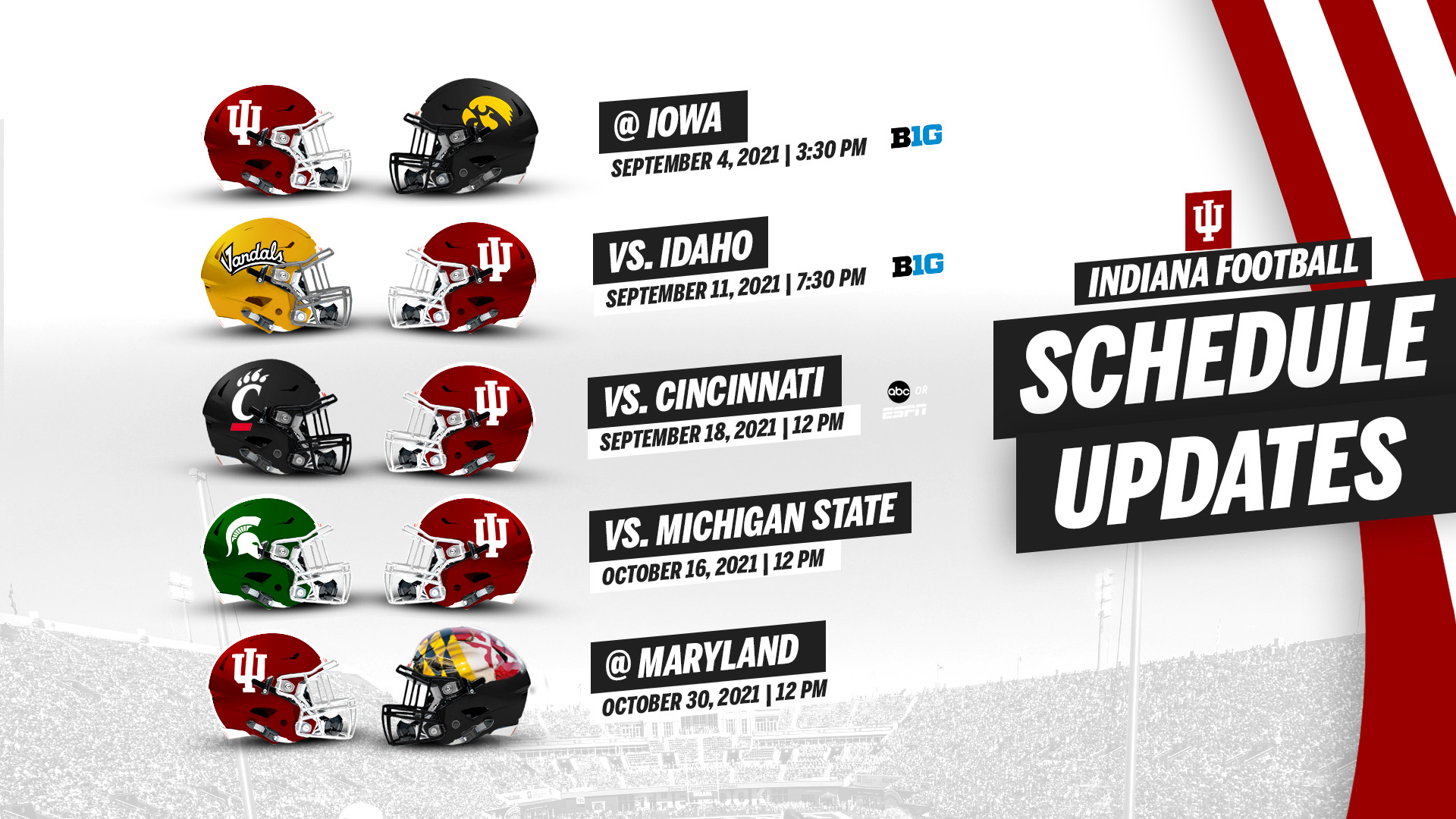