The 25-year-old Morgan signed a multi-year deal with Boston in April.  He has appeared in five playoff games thus far, averaging 1.8 minutes, .4 rebounds and .2 points.

Morgan saw action in the NBA Playoffs for the third straight year when he checked into the Eastern Conference semifinals and played a minute as part of Boston’s decisive game seven win over Milwaukee.

During the regular season, Morgan appeared in one game on his 10-day contract with Boston, and he also appeared in a single game with the Raptors on a 10-day deal in December.  Prior to that, he had spent most of the season with the Maine Celtics of the G-League.  With Maine, the 6-foot-7 forward played in 20 games, starting 10 times. Morgan averaged 12.1 points, 5.7 rebounds and 2.9 assists.  He was in training camp with Boston, but was waived before the start of the regular season.

Morgan went undrafted out of Indiana in 2019.

During his four-year stint with the Hoosiers, Morgan accumulated 1,374 career points to rank 25th in IU scoring lore. He is 11th in program history in career rebounds with 757 and ninth in blocked shots at 138 for his career.

Morgan was twice named to the All-Big Ten team. He was a second-team selection following his junior season and a third-team honoree the following season.

A total of 12 different former Indiana players have now appeared in 17 different NBA Finals, with IU players winning nine of those appearances.  Morgan joins his 2015 IU basketball recruiting classmate OG Anunoby as one of the two most recent Hoosiers to make the Finals. 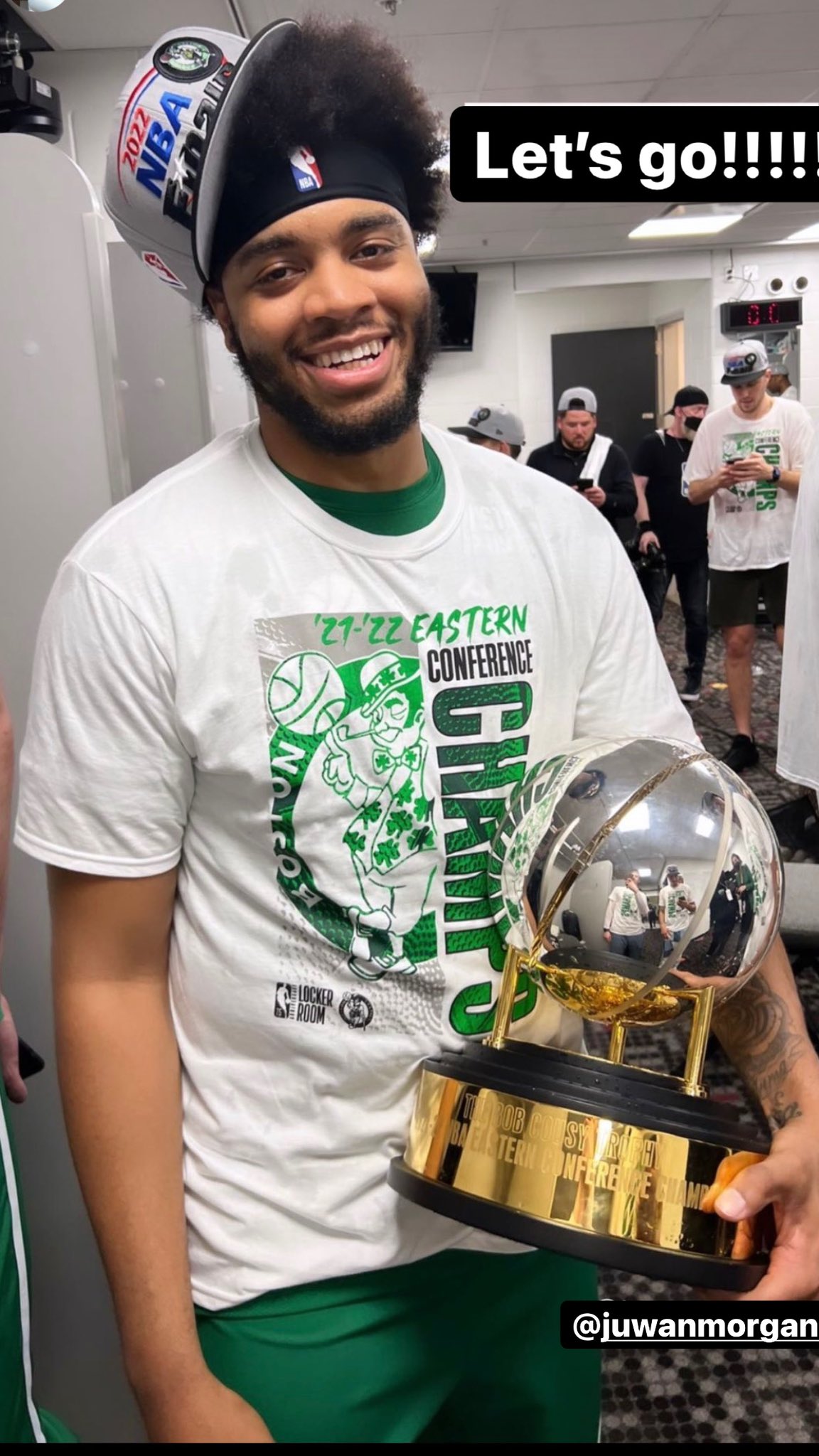 The 2022 NBA Finals will take place on the following dates:

Here is the complete list of former Hoosier players who have appeared in the NBA Finals: