Basketball inventor Dr. James Naismith once said that the state of Indiana was the “center of the sport.”

Never will that be more true than this March.

Multiple outlets reported that the central Indiana area will host the entire 2021 NCAA Tournament.  The NCAA later confirmed those reports.  WISH-TV’s Anthony Calhoun appears to have been the first to break the news.

The move comes in response to the COVID-19 pandemic.  With all games in one location, the NCAA hopes that centralized logistics and consistent controls will help avoid cancellations during the prized event.  The 2020 NCAA Tournament was completely cancelled as the pandemic expanded rapidly just days before it was scheduled to begin.

IU’s home court will be one of six central Indiana venues used to host the event.  Here is the full list of host sites confirmed by the NCAA.

The Indiana Convention Center will be used as a practice facility according to the NCAA release, with multiple courts set up inside the venue. Marriott properties, an official NCAA corporate partner, will house most of the tournament teams.

Indianapolis was already scheduled to be the host city for the 2021 Final Four from April 3-5. 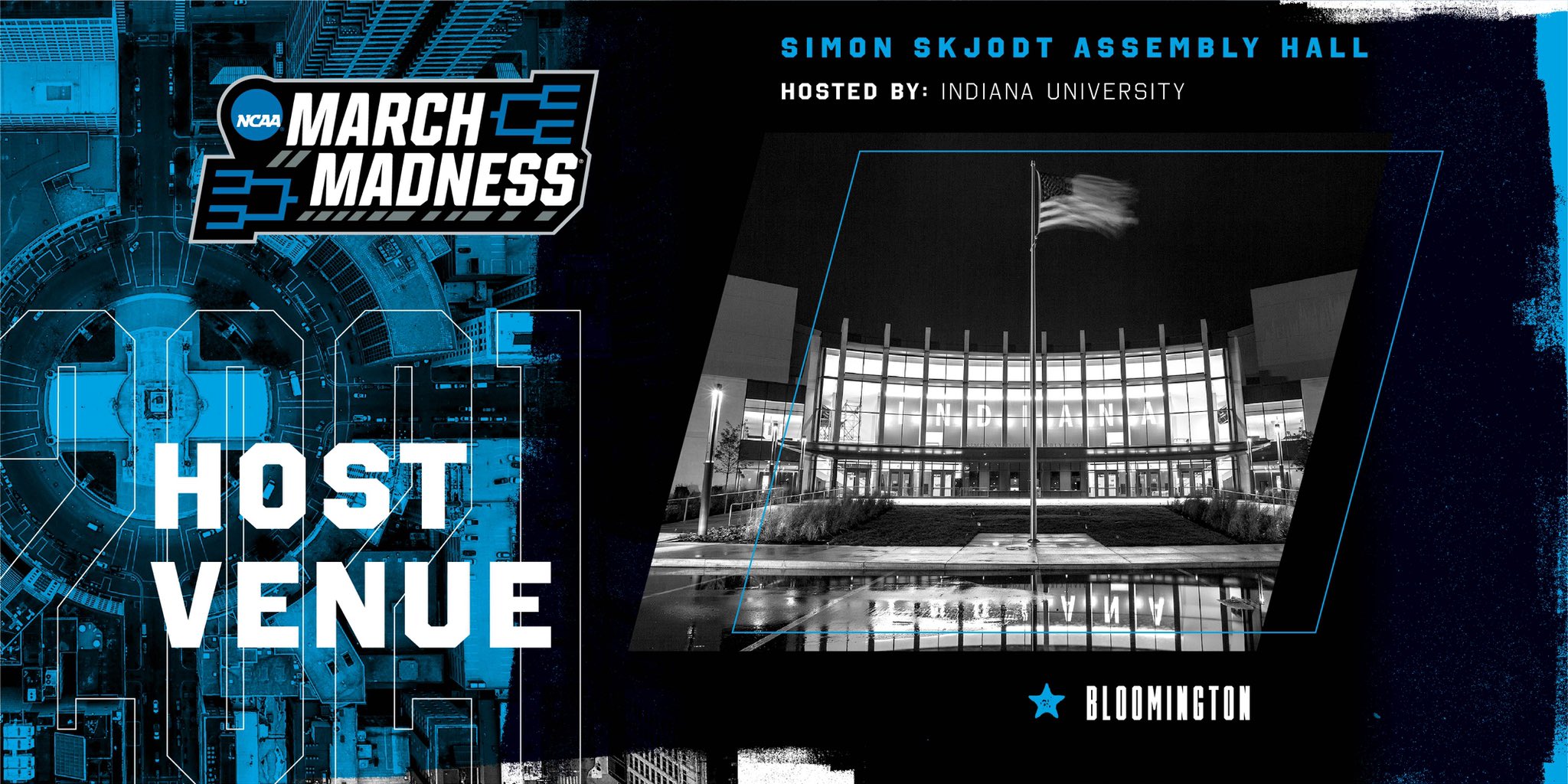 “The 2021 version of March Madness will be one to remember, if for no other reason than the uniqueness of the event,” said NCAA Senior Vice President of Basketball Dan Gavitt said in the release. “With the direction of the Men’s Basketball Committee, we are making the most of the circumstances the global pandemic has presented. We’re fortunate to have neighbors and partners in Indianapolis and surrounding communities who not only love the game of basketball as much as anyone else in the country but have a storied history when it comes to staging major sporting events.

“This is going to be complicated and difficult; there’s no question about that. We appreciate the collaboration among the Men’s Basketball Committee and staff, our hosts and local organizers, the staffs at each practice and competition venue, and our broadcast and corporate partners. We will all pull together and stage a terrific national championship.”

It is unclear whether the NCAA would allow IU to play games on its home floor.  Indiana played two games at Assembly Hall during the 1981 NCAA Tournament on their way to a fourth national title.

The Hoosiers have not reached the NCAA Tournament since 2016.

IU AD Scott Dolson released a statement on the news of the event being held in-part on the Indiana campus.

“We are honored to team with our friends at the NCAA in Indianapolis for the 2021 NCAA Men’s Basketball Tournament this spring and host games at Simon Skjodt Assembly Hall,” said Dolson in the release. “March Madness is the highlight event for all college basketball student-athletes and fans, and we are excited to welcome the tournament back to Bloomington for the first time since 1981.

“We are also appreciative of the extraordinary lengths that the NCAA is going to in an effort to protect the health and safety of students, coaches, fans and communities by bringing the event to one central location in Indianapolis. Congratulations and thank you to everyone involved in Indianapolis for coming together to find a way to ensure that this cherished college sporting event can happen safely this spring.”

Selection Sunday is still scheduled for March 14, and plans remain to have the Final Four on April 3 and 5, with exact preliminary-round dates to be determined.